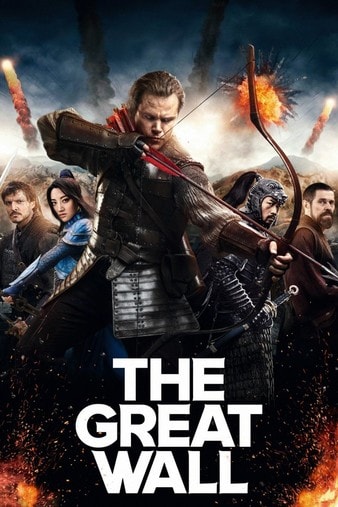 Storyline
When a mercenary warrior (Matt Damon) is imprisoned within the Great Wall, he discovers the mystery behind one of the greatest wonders of the world. As wave after wave of marauding beasts besiege the massive structure, his quest for fortune turns into a journey toward heroism as he joins a huge army of elite warriors to confront the unimaginable and seemingly unstoppable force. The Great Wall 2016 4K Remux Movie.

Strength BGM in the movie shows strong and beautiful Chinese traditional music style. Excellent picture skill to audience is an advantage for director Yimou Zhang who had direct the opening ceremony of Olympic 2008 in Beijing.

Shortage Whole time of the movie is too short only has 104 Min's.And it makes the story seems not complete. Lack of money leads to a rush ending.

Summary First Hollywood movie which combines much Chinese element. A good way for someone who wants to know Chinese ancient culture. The movie tells a story of trust and sacrifice when human beings facing to the monster.