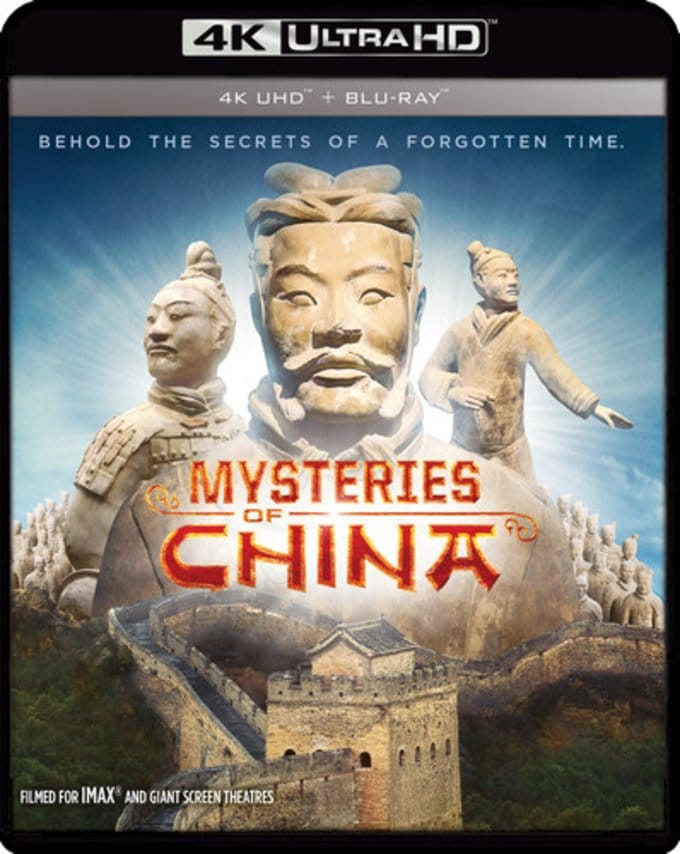 Mysteries of Ancient China 4K Review
This 40-minute Imax movie is playing under different titles, including "China, The Rise of Empire" and "Mysteries of China".

It tells the story of the 1974 discovery of the terra cotta army by farmers and the archaeological study afterwards. The film also explains a few things about the emperor who created this army, i.e. Qin Shi Huang, the ruler of "Qin" and the first emperor of a united China.

Despite the name, I didn't find this 40-minute film to be really that informative about Chinese history. There were a few re-creations and explanations, but nothing really new, controversial, dazzling, insightful or comprehensive.

The single "wow" factor in this movie is the Imax-screen depiction of the terra cotta army display in a huge hangar-like structure in China. I can't say I've ever seen this before. However, this wasn't enough.

I felt the film was on the same level as a made-for-TV programme on National Geographic or a basic documentary. Is it unfair for me to point that the filmmakers seemed to have done nothing more than take an Imax camera to the terra cotta army display in China, interview a few archaeologists, and then make a simple documentary out of the footage? This is what it felt like.

It's a competent, watchable Imax film, but I wouldn't particularly recommend it to anyone.