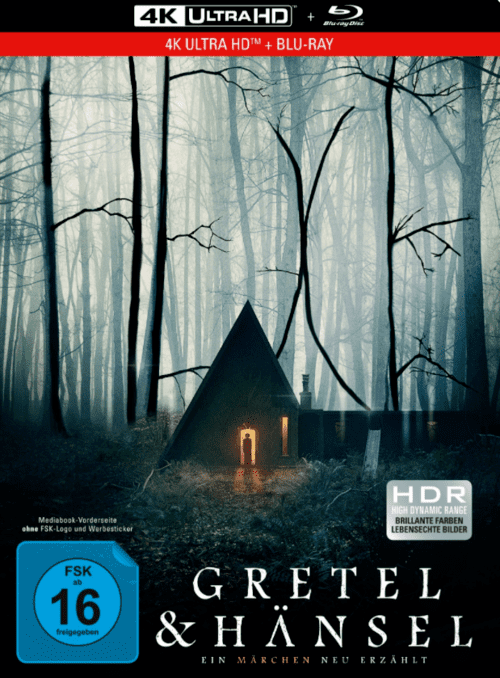 Canada | USA | Ireland | South Africa Movies / Horror 4K
Producer: Oz Perkins
Cast:Sophia Lillis, Samuel Leakey, Alice Krige, Jessica De Gouw, Fiona O'Shaughnessy, Donncha Crowley, Jonathan Gunning, Charles Babalola, Giulia Doherty, Jonathan Delaney Tynan, Darlene Garr, Melody Carrillo, Nessa Last, Harry O'Cualach?in.
IMDB 5.3
File Size 45.14 GB
Film description
Taken from IMDB.COM
Since childhood, Gretel loved the story about a girl in a pink hat who showed magical abilities Now, almost an adult, after an unsuccessful attempt to get a job as a servant, Gretel, along with her younger brother Hansel, finds herself without a home - her mother kicks them out, deciding that the children should be on their own care. Wandering through the woods and suffering from hunger, Gretel and Hansel stumble upon a suspicious hut, where they find a table covered with food. As if someone was waiting for them to appear.

4k movies reviews
In action, my grandmother more than once read to me a story about Hansel and Gretel, who were driven out of the house into the forest, where they found a gingerbread house, and with it the witch. Then, for a long time, I did not have to think how cruel this work is. I remember that a completely harmless cartoon was even filmed on this topic. But now, as an adult, I understand that this tale can be safely attributed to horror. A couple of years ago, director Tommy Virkola showed us his action vision of an old fairy tale in Witch Hunters starring Jeremy Renner. Of course there were horrors and special effects, but I was not very impressed by them. Now "Gretel and Hansel" has been released. It turned out not only interesting, but really beautiful and scary.

If we talk in general terms about the film, the story is quite predictable. Gretel and Hansel were driven out of their home with nothing to feed them. Wandering through the cold forest, where danger awaits them at every step, the brother and sister find a small house, where they are cordially invited by an elderly woman who turns out to be a witch. Looking at Gretel with interest, she sees in her (horror!) A kindred spirit and is not going to let go so easily. The colors thicken, the danger heats up, the expectations from the denouement are immediately doubled.

The film is atmospheric and mesmerizing. Here you look and believe in all the horror that is happening in the frame, a chill runs down your spine. This is not least because Gretel and Hansel was filmed in Ireland. And not in some studio pavilion, but in the wild. This is the only way to create a unique visual effect that cannot be faked by any graphics. When you watch a film, you really feel its beauty and style. Not least thanks to Galo Olivares (cameraman), who tried to capture on camera the juiciest, really worthwhile moments that cannot but amaze.

One of the scenes even featured the Hellfire Club, an old hunting lodge surrounded by bad legends. It was once built from graveyard tombstones and stones from the Druidic sanctuary. In this situation, it is not surprising that the locals believed that the Devil himself was playing cards here. Also, various occultists often visited here, and then the film crew "Gretel and Hansel" appeared. I think that the creators took the risk for a reason, because the film really turned out to be scary and far from being as predictable as connoisseurs of the original fairy tale might think.

The plot goes far beyond our traditional view of the Brothers Grimm fairy tale. He focuses on who Gretel really is, why she is afraid of who she might become, and what connects her with the witch. A huge world opens before us, where mysticism is closely intertwined with human life. People think that they are the masters of their own destiny, but in reality they do not understand anything at all.

The film should appeal to everyone who knows how to enjoy smart, scary cinema with a solid culturological basis, excellent acting and strong direction. You will get scared many times while watching, but that's okay.