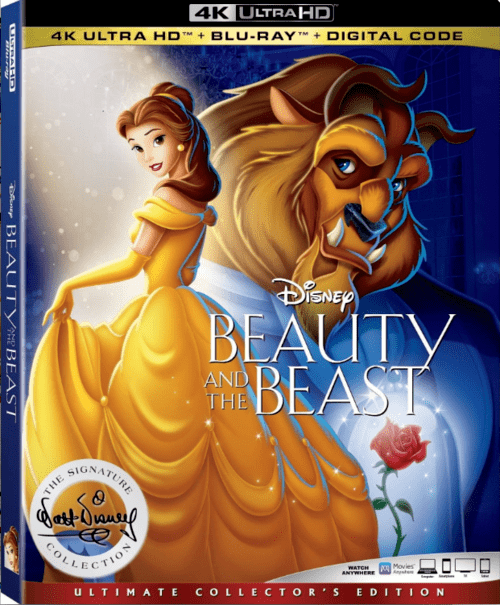 4k movies reviews
Almost every real girl dreams of adventure, enchanted castles and a magic prince. And very often we draw him in our dreams as a magnificent handsome man on a snow-white horse - with such a prince it’s not scary to go to the ends of the world, he will never leave him in trouble, and only with him a real amazing and magical, Big love is possible ...

In the best tradition of the old Disney, this fairy tale begins just the same with the prince and with his story, and the narrator’s calmly narrative tone helps to plunge into the atmosphere of a fairy tale: “Once upon a time there was a prince, but he was not kind - he was evil ... ”- this story begins, with magical transformations and an unkind monarch, with enchanting music and an undying rose that will go through the whole cartoon with a magic gift:“ ... if he loves someone before his adulthood and can achieve love in the answer is that witchcraft will subside. and no - he will forever remain a monster. ”

And now, and in childhood, starting to watch this tale, from this very introductory story goosebumps ran down my spine. So begins an amazing and magical tale. adventures and unknown countries await us, and this calm and sad introduction helps the fairy tale turn into reality.

And then there will be adventures and obstacles, and the beautiful Belle will go on her magical journey, where she is destined to find her prince and who will turn out to be completely different from what he imagined in her dreams. Probably the biggest feat of a loving heart is to be able to see the soul under a terrible appearance, and in a moment of danger return to the one you love. Destined to make a feat and a monster - for the sake of the beautiful Belle he will face difficult changes. his soul must change, because in fact it is monstrous ...

Blooming without dying rose, an amazing castle is a dream and reality. An enchanted place and true magic, a wonderful country where everything is possible ... Such cartoons can give wings to the soul. They teach us goodness, but they also teach us how to dream: in the middle of a gray and dull life, a dream can help you through any difficulties, and still, looking at this unforgettable picture, I seem to be returning to childhood and my childhood dreams come to life.

In a magical land, any events are possible, but for our real world, the cartoon carries a lot of useful things. Appearance and environment are not so important - Gaston is beautiful, but internally he is terrible. The soul is capable of changes, and the best assistant in this is love, for the sake of love even the most cruel hearts change. And very often for the sake of this love, for the sake of real adventures, you have to sacrifice something. Fairytale girl Belle sacrifices herself for her father’s freedom. Ahead she sees a terrible future, but often everything is far from what it seems at the beginning.

The cartoon ends with a beautiful song: “A tale that is as old as the world. The beauty and the Beast". What could be more surprising and banal? But for true love there are no barriers, and in magical lands there are no bad endings. And having sacrificed to many, the heroes of this immortal fairy tale will find their happiness.