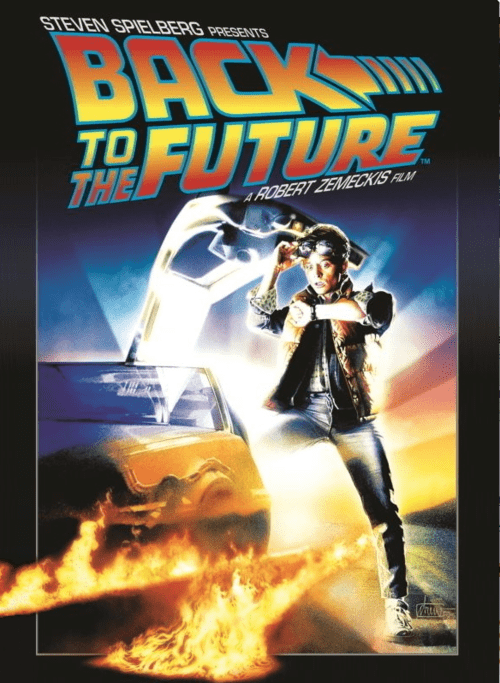 4k movies reviews
Time travel is the most illogical and, at the same time, a truly inexhaustible and incredibly exciting topic, a bottomless barrel of plots for fantastic cinema. "Back to the Future" - one of the best science fiction films in the history of cinema, filmed on this subject, a real cult of the genre.

However, it is practically impossible to determine the genre of this picture. This is perhaps the standard of how to shoot a film, the plot of which is based on so many genres: comedy, science fiction, drama, adventure, and even a thriller! The element of each genre is carefully checked here and fits very harmoniously into the overall style of the picture.

Back to the Future is a subtle, intelligent, deep, incredibly thought-out film and, at the same time, very light, bright and stylish. Only Zemeckis could show in such a light and elegant form, in essence, very serious things: lack of understanding between parents and children, problems in the family, the formation of character and the desire to change his life for the better and make a decisive choice - to be weak all the time, no matter what incapable, a whiner and break under the blows of fate or proudly stand up to his full height, overcome fear in himself, overcome himself and give back to his offender. "Your future is not written down anywhere - it is what you will make it!" - the key idea that runs through the entire trilogy as a pivot.

A wonderful plot, a great script, well-deservedly nominated for an Oscar, well thought out to the smallest detail, excellent direction and very high-quality technical performance complete the picture. Cinematography, editing, sound, visual effects - everything is done perfectly. And, of course, we should note the legendary and recognizable from the first notes Alan Silvestri's soundtrack, which perfectly fit into the visual range of the picture and the brilliant acting.

Michael J. Fox is the perfect Marty. A nimble, charming, resourceful, cheerful guy with a spark in his eyes and a great sense of humor, always able to stand up for himself, despite his small stature, and Doc Brown performed by Christopher Lloyd is no less charming professor, very humorous, a little silly and eccentric. Together they form an incredibly funny and touching tandem and cause real delight.

The rest of the actors are not lagging behind - they all played wonderfully, very organically fit into the plot. In the film there is not a single "sagging" frame and not a single superfluous character - every character, even the most insignificant, is verified and thought out to the smallest detail. By the way, it's funny that in the trilogy the then very young Billy Zane, Casey Semashko and still a child of Edige Wood appeared in the trilogy.

"Back to the Future" is a film for all times, for any age and any audience. It will never lose its relevance and magical, magical appeal. This is a journey into childhood, to breathtaking adventures and journeys that so excite the imagination. This film can be watched an infinite number of times - and each time experience indescribable delight, experiencing adventures with the heroes of the picture. This film will adorn any collection. A timeless masterpiece. Classic.