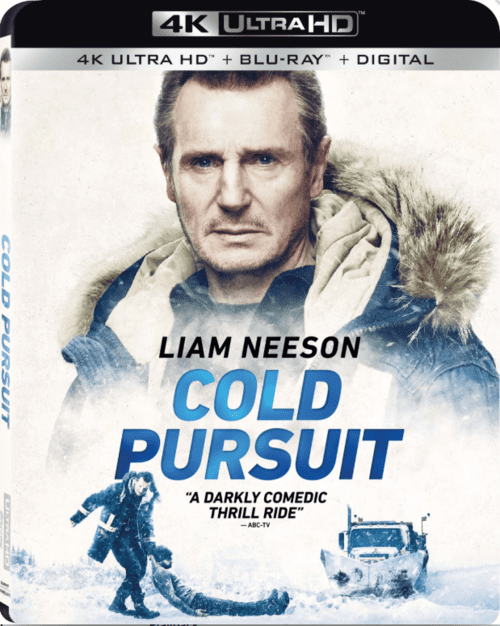 4k movies reviews
The best that cinema can give us in more than 100 years is the militants with Liam Nison. This is a separate genre of films, a separate pantheon. One god And finally, we have survived to the moment when such films have become so ironic that the question arises: “is this irony or postironia?”

The Snowblower begins as a typical action movie - some serious shit happens in the life of the main character, and any real man should pick up a shovel and rake. In the case of a new character, everything is simple - he literally rakes. Just not shit, but snow. On a huge snow machine, instead of a shovel. And it seems that everything goes according to the precepts of the unwritten book “The Laws of Tough Men” - Liam Neeson kills one, the other, another. And then Fargo begins.

The bottom line is that in any peasant thriller enemies are dummies that accidentally cross the road to the main character. That the dog will be killed, then the daughter will be taken hostage. But if you make dummies dull, then a farce begins. And it depends only on the screenwriter how ridiculous he will be.

As in the "Fargo" everything that happens in the "Snowthrower" happens by chance. But unlike Fargo, he has a prerequisite. By the name of Liam Neeson. You can even not invent anything, he will invent everything for you. And kill every oncoming villain. But the screenwriter thought it was too easy, and figured out how to make everything ridiculous. For example, in this film there is, it would seem, just a funny detail - two guards of the main villain turn out to be gay. But the screenwriter is the screenwriter, in order to connect this slippery detail with the main plot, because of which the apocalypse may happen by chance. The conclusion is, children: do not be gay guards.

Unfortunately, the "Snowthrower" has one drawback - it is a category B film. A small budget, a kind of cardboard happening. If in “John Wick” we were experiencing a character because of a competent exposition, which caused real peasant feelings in our country, then there is no such thing in the “Snow Blower”. Looking at the villainous atrocities, you do not want to shout “die, you creature!”, And paying attention to Liam Neeson’s suffering - you don’t want to hug him tightly. Perhaps it was worth killing the dog to make us feel.

But this is quite a petty quibble. “The Snowblower” is suddenly, an excellent and funny movie, after which you probably want to cry - there are very few such ironic films lately. It is more important to shoot a pretentious film about two gays (and not even guards!) Or a film about militant feminists.

... especially this irony is not enough for our films - looking, for example, at the recent “Plant”, after which you want to either cry or punch your face with a facepalm.