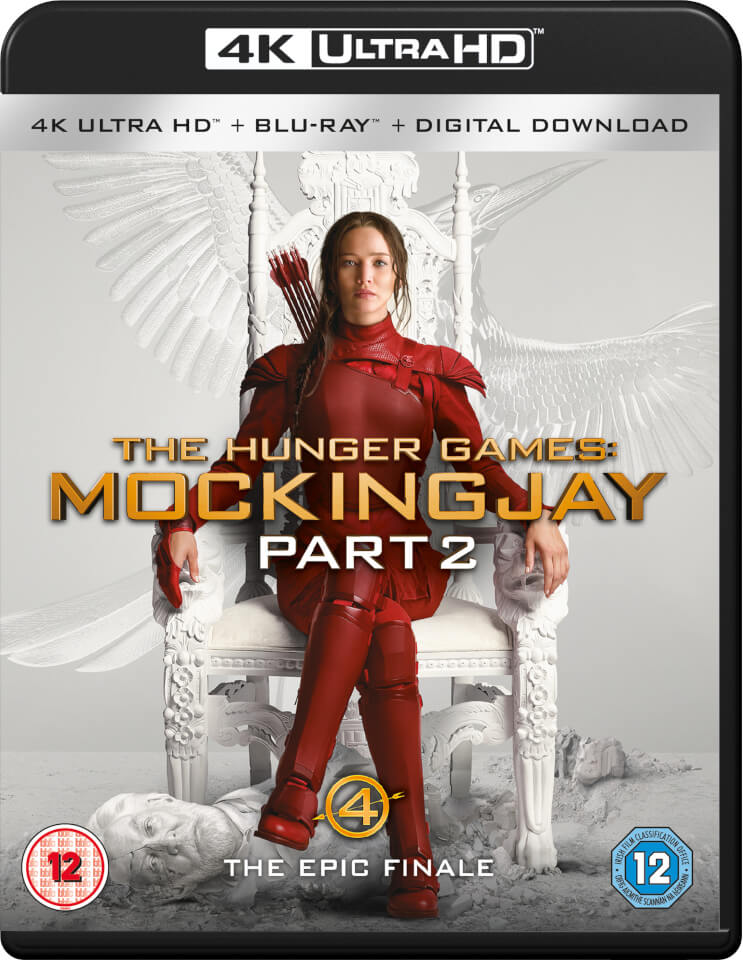 Storyline
After young Katniss Everdeen agrees to be the symbol of rebellion, the Mockingjay, she tries to return Peeta to his normal state, tries to get to the Capitol, and tries to deal with the battles coming her way...but all for her main goal: assassinating President Snow and returning peace to the Districts of Panem. As her squad starts to get smaller and smaller, will she make it to the Capitol? Will she get revenge on Snow or will her target change? Will she be with her "Star-Crossed Lover," Peeta, or her long-time friend, Gale? Deaths, bombs, bow and arrows, a love triangle, hope... What will happen?

This review may contain spoilers
I considered myself a fan of the Hunger Games films prior to watching the films, despite Mockingjay part 1 being a fairly obvious cash in. As a movie divided in two, I never expected a satisfying conclusion from that film, but I don't feel I got one from this film either.

I'm going to spoil everything for my review, so don't read on if you haven't seen.

There is a pretty crucial rule in story telling where your heroine must be relevant to the plot's conclusion. In this movie, Katnis isn't even conscious for the tedious finale to the rebellion - which was what Mockingjay was all about.

Supreme leader Snow is defeated rather easily by the rebellion. I guess the rebels must have made lots of progress in the war effort while we were following Katnis around the city, but we never saw any of that so it just seemed a bit random.

Katnis' plan to defeat Snow, was literally just to walk in to his house, which was foiled by the fact he had guards at the gate. They didn't factor that in to their plan? Seriously? Katnis is then knocked out by a bomb and wakes up to find the war is over, making her irrelevant to the conclusion of this plot.

Afterwards, another sub plot suddenly takes primary focus. Katnis' unease with the leader of the rebellion becomes far stronger after she takes the word of the series' primary antagonist and decides to murder the leader of the rebellion. The movie doesn't really present a watertight case for the rebellion leader's guilt over the bombings. Were the bombs definitely hers? Did she mean to murder civilians? Are we morally free to kill President Obama since the US forces blew up a hospital a few months ago? Her idea for a 'symbolic' Hunger Games seems to be the point where her guilt crystallises in Katnis' mind, but then Katnis votes for it, so it appears she would rather murder people for their insane ideas rather than try to talk them down when given the chance.

Another disappointing aspect to the finale is Katnis' reaction to the death of her sister, which is significantly delayed. You do see a quite visceral reaction in the last few scenes of the film, but why did I have to wait around ten minutes for that as Katnis just went about her daily life meeting dictators and murdering heads of state? The franchise begins with Katnis sacrificing herself to save her sister in the first movie: you would have thought that the death of that sister would have had a more immediate reaction, given it was the character's primary motivation for all her actions in film one. It kind of felt like it was just put on the back burner for a couple of scenes.
4K Blu-Ray REMUX Ultra HD.
Prior to the conclusion the film felt badly paced and meandering, but I overlooked that due to profit based decision to split the film into two at the expense of the story.

I guess I'll have to look back on the Hunger Games franchise as a movie with one sequel, as I really would prefer not to remember this conclusion, as it has not done the first two movies justice.
4K Ultra HD + Blu-ray + Digital HD + UltraViolet
Video
Codec: HEVC / H.265
Resolution: Native 4K (2160p)
HDR: HDR10
Aspect ratio: 2.40:1
Original aspect ratio: 2.39:1