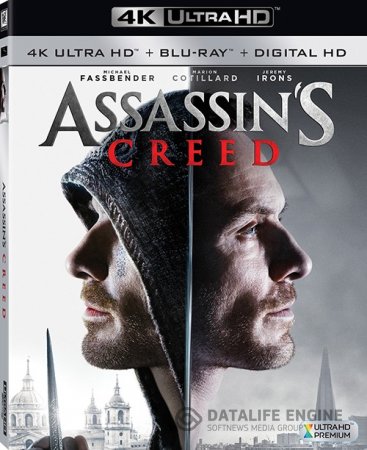 Honestly, I'm sorry for a very good movie. Not an ideal, of course, but in my opinion, no worse than "Doctor Strange", which our critics call "beautifully decorated entertainment" and "kaleidoscopic extravaganza."

The "Assassin's Creed" picture is more stylish, incredibly beautiful views of Spain, the cathedrals and tomb of Christopher Columbus in Seville. Golden-gray haze in the scenes of the Middle Ages, as in the picture of El Greco's "Saint Sebastian" (the film by the way, also "scored", like the hero of the picture).

Battle scenes are extremely dynamic, you do not have time to keep track of the characters. Parkour is very enthusiastic. And this is not graphics! Real, living people show such a possession of a body that does not compare with the stretched "wonderful" abilities of Cumberbatch.

The script of course could be better, but it's an action movie, but try briefly to retell the content of famous movies in this genre (Terminator, Born, etc.), the same story is not rich.

During the New Year holidays, many of my friends read a lot of criticism of the film, so it never went down. But in comparison with what was shown in theaters at this time, it certainly was the best option. In conclusion, I want to say that the film "Assassin's Creed" has its charisma. This is more a European movie, it has more soul than the proven, unbeaten Marvel movies.