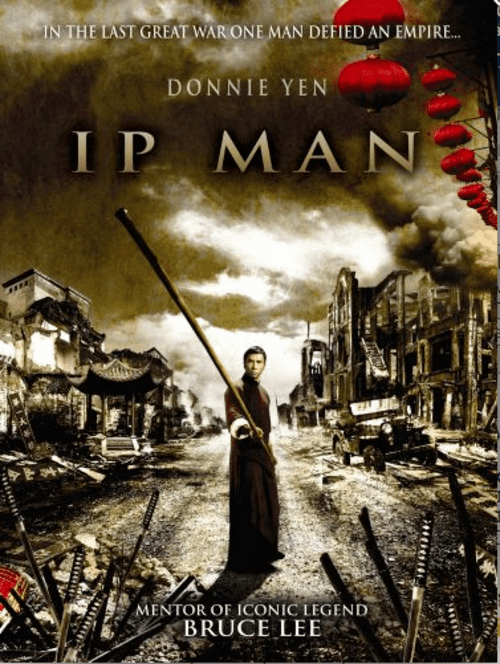 Hong Kong | China Movies / Drama 4K
Producer: Wilson Yip
Cast:Donnie Yen, Simon Yam, Lynn Xiong, Hiroyuki Ikeuchi, Ka Tung Lam, Siu-Wong Fan, Xing Yu, You-Nam Wong, Yu-Hang To, Calvin Ka-Sing, Zhi-Hui Chen, Tenma Shibuya, Li Chak, Deqiang Shi, Zhong Zhou.
IMDB 8.0
File Size 49.31 GB
Film description
Taken from IMDB.COM
Ip Man is an acknowledged kung fu master living in Foshan, a city famous for its martial arts schools. Ip Man practices Wing Chun and, although he is the strongest fighter in the city, he does not have his own school, and he does not take students. At home, he spends only light sparring with friends. Years pass, the warlike Japanese conquer China, and Ip Man turns out to be one of the few who, even in the most severe conditions of occupation, does not forget about the honor, dignity and, of course, the wisdom that kung fu carries.

4k movies reviews
I remember that somewhere in 2010, my father brought a licensed disc, on the box of which there were shots from the film radiating incredible pathos (a couple even got into trailers). Ip Man in his signature stand on the platform with Japanese flags flying behind his back still looms before his eyes. As a teenager, I was completely delighted with the creation of Wilson Ip, who gave us other good freight trains with Donnie Yen in the title role - S.P.L. Stars of Destiny ”(2005) and“ Hot Spot ”(2007), which we will definitely talk about next time. Today I just want to make sure that "Ip Man" is as good as it seemed to me after the first viewing. Let's go in order:

Foshan 1935, on the street of martial arts, masters of different styles and skills put on a performance. At the same time, Master Liu opens a new school in Foshan and asks Ip Man to exchange experience in combat behind closed doors. After the predictable outcome of the fight, events take on an increasingly interesting turn. In all this commotion, I love the Ip Man family idyll (Chung Vinsin's strict but caring wife and son), which is constantly disturbed by intruders. Whether it's a persistent youngster asking to be apprentices or a gang from the village who came to the city for fame, honor and money, Ip Man is constantly distracted, however, it cannot be said that this greatly upsets him. Foshan is experiencing better days - the economy is on the rise, people are happy and well-fed - our hero's worries are food and training. However, in 1937 the Japanese invade China and completely devastate the once prosperous Foshan. Ip Man faces a need and goes to look for work. He is helped by old acquaintances until his skills attract the attention of a general of the Japanese army. The meeting with Miura forces Ip Man to admit his powerlessness in front of a superior enemy - an emotional moment (no context!), Shivering and revealing the character from the human side.

This film is semi-biographical - there are a lot of (well-made) artistic decisions, little that have in common with reality (this is clear at least by how idealistically and straightforwardly the dialogues are written). I didn’t get into the details of Ip Man’s life, however, the figure of General Miura (obviously invented by the writers) turned out to be very controversial. Compared to the same General Fujita from The Fist of Legend (1994) with Jet Li, the local antagonist is not just a ruthless killing machine, with vague motivation and an evil grin, but an interesting personality guided by certain principles. The authors take the viewer for a long time to the final battle of Miura and Ip Man, colliding not only two different military exercises, but also the worldviews of people standing on both sides of the barricades. Ip Man, being a victim, rightly sees Japan as a cruel occupier who turned art into an instrument of violence and oppression, Miura is sure that a demonstration of strength in a fair fight is the surest way to achieve this goal. Therefore, the answer to the age-old question that tormented the young minds of fans of action movies of the distant 70s and 80s - which is cooler, kung fu or karate? - the screen is very entertaining.

Do not expect any special directorial tricks, everything is prosaic here - peaceful days, that is, the actions that take place before the 37th are filmed exclusively in warm and pleasant colors. The invasion of the Japanese and further narration is accompanied by gray, dusty and dull visuals. This technique sets the right tone and mood. Plus, we must pay tribute to the composer Kenji Kawai, whose magnificent soundtrack, right from the opening credits, beckons to download all the songs and listen to them again and again, which I did in the case of the sequel. As I mentioned above, I was fortunate enough to appreciate the rest of Wilson Yip's paintings that are worthy of mention, and they all have stunning scenery and excellent production, where every movement of the actor is a kind of dance, thought out to the smallest detail and flawlessly implemented.

Bottom line: “Ip Man” was a part of my growing up and managed to fall in love with me. Returning to it now, I am ready to declare that, despite the shades of nostalgia, which tends to embellish everything, this is a sight that you will like! The adventures of Ip Man are four full meters, together making up one big complete story (without the offshoots of Herman Yau and Erika Lee - Ip Man: The Birth of a Legend (2010) and Ip Man: The Last Stand (2013)). Let's cling to our monitors, friends!