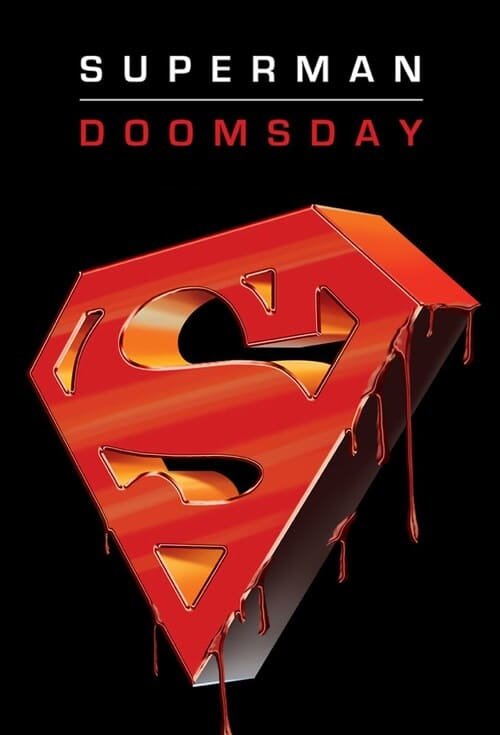 4k movies reviews
Based on the storyline “Death of Superman” (released in 1992-1993), Bruce Timm and company (Brandon Viettti, Dwayne Kapizzi and others) decided to release a full-length animated series, and immediately on DVD. Once upon a time, this story arch aroused public flair, and the comic was quickly sold out. What awaited the cartoon, which raised the question of the death of the icon of American culture?

Deep underground, LexCorp employees discover a spaceship that, according to preliminary analysis, is very ancient. Trying to get inside, by chance, they release a creature imprisoned there, which subsequently kills everyone. Heading to Metropolis, it destroys everything in its path. Only Superman can stop him. But at what cost?

The animation of the cartoon is made in the spirit of the animated series about Superman of the 90s, but in a more modern frame. The same can be said about the musical accompaniment, in which you can catch the notes of old compositions. But this does not go to the film in the minus, everything sounds in harmony with this picture.

The faces of the characters in the background are often unplayable, the same applies to the fine details. But the main background, especially the fighting scenes, of which there were many in the tape, were set at a good level. But about some of the main characters, questions arise. Superman, who, due to his physiology, should age much more slowly than an ordinary person, is already shown decently aged (especially wrinkles give him away). Lois Lane is shown as “rejuvenated”, although older than Clark (and looks like female characters from Disney cartoons). Lex Luthor lost the charm that he had in the 90s animated series.

The picture raises several interesting questions regarding both Superman himself and superheroes in particular. The main question is what will happen if the superhero dies? For the comic book industry, this is a rise in sales and a further increase in popularity, which subsequently forces screenwriters to “revive” the hero. The same is true in film production. One thing is clear - the death of a beloved hero does not leave anyone indifferent (like other comic book characters and amateur comics), causing at least genuine interest.

Another question is what, besides superpower, is Superman useful to people (“it's a pity, but I only use human strength by my strength”)? The answer can only be that humanity needed an ideal to strive for. This is what a Man of Steel looks like, who has everything to the other, I realized that it is necessary for mankind to bring good.

Another issue is the relationship between Kal-El and Lois Lane. This has already been touched on in the series “Secrets of Smallville”, where Clark did not reveal his identity to Lana Leng (Martha Kent told Clark that he did not reveal his secret to Lana not because he was afraid for her safety, but because he was not sure that Lana is that one). Here the question is posed in such a way that the Krypton is afraid of obligations.

In the plot, in addition to interesting questions, as well as unusual twists (and there will be a couple of them), there are logical mistakes and understatement. The motivation for the destruction of all living things, as well as the very history of Doomsday's origin, was simplified (besides, it was not said that he was eager to destroy Superman, sensing Krypton physiology in Clark). It was shown in the comic that during this period the Justice League did not have the strongest composition and was defeated by the creature. And in the tape about her not a word is said at all, which suggests one’s thoughts, but where exactly were they during the whole mess, why wasn’t present at the funeral of her leader? The question also remains where the Doomsday body was divided, because one of its features is rebirth (in comics, it was launched into space along a trajectory that supposedly never coincides with any planet).

One blunder was remembered in the dialogs, but funny enough when the TV presenter talked about the death of a child at the hands of the Toyman (four-year-old Katie Elpert died. She was only 4 years old).

The animated series is made in dark, Gothic tones, tries to be an adult, poses curious questions. But meanwhile, he looks unfinished.