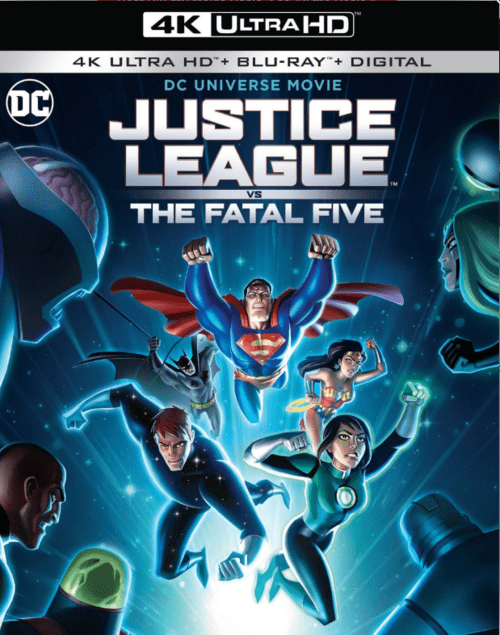 4k movies reviews
The cartoon series “Justice League” 2001-2004 for many has become one of the most beloved cartoon series of childhood. It is also true to say that many people are still fascinated by the animation style, the dialogues of the characters, the extremely fascinating scenary arches, the events of which often turned out to be so fascinating that it was difficult to break away from the screens. In light of this, it is not surprising that even entering the era of the renewed animated League of Justice, which has already produced a lot of wonderful full-length films, you still want to remember the past and, with the support of long-time fans of the League itself, realize on the screen those ideas and scenarios Started in those years.

“The League of Justice against the Deadly Five” is just trying to show what, in its time, remained unsaid, to show that the story of all your favorite superheroes did not end on the last lines of the titles, but continued. That the idea gave its fruits and continued to grow, spawning new heroes of its time and finding the idea in the endeavors of descendants.

True, it should be noted that the participants of the original League, although they are active participants in the events, but in this cartoon serve, by and large, the background for introducing Jessica Cruz - the young Green Lantern, with her internal problems, and Starboi - the little guy from the future, who is struggling with his shortcomings trying to become a superhero worthy of the memory of the heroes of the Justice League And how fighting with the villains from the Fatal Five helps them achieve their goals, show themselves from their best, show their will and strength. And in fact, the entire cartoon becomes their solo album, which, being a fact, could possibly even more reveal to the viewer their souls and experiences. But who was forced to pay tribute to the title and show us other characters, often briefly, for a tick, but still. I can not definitely say it is bad or not. It was extremely nice to see familiar characters, to learn from fleeting phrases the story of other members of the League. But it is also a pity that some of the ends remained unsolved. In particular, there was a great lack of prehistory for the Fatal Five, which is shown to us as a fait accompli. Although even casually told she could give these villains even greater depth and significance of their actions.

Personally, I also did not have enough of the famous theme from the “Justice League” of 2001-2004. Which could give one more additional point to the cartoon.

So it turned out, in general, a slightly superficial cartoon playing on the nostalgia of the audience, at the same time valuable in terms of presentation to the audience, as well as potential buyers of comics of the publishing house, little-known heroes and giving another touch to the heroes of the dimming childhood in that form, which they have been remembered since then.