The Castle of Cagliostro 4K 1979 JAPANESE 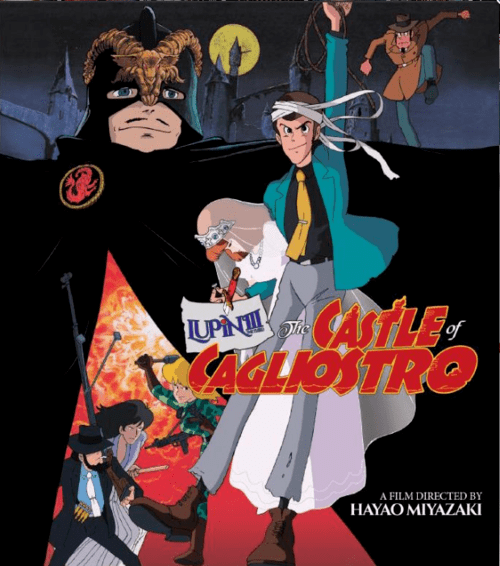 The Castle of Cagliostro 4K 1979 JAPANESE

Japan Movies / Animation 4K
Producer: Hayao Miyazaki
Cast:Yasuo Yamada, Eiko Masuyama, Kiyoshi Kobayashi, Makio Inoue, Goro Naya, Sumi Shimamoto, Taro Ishida, Kohei Miyauchi, Ichiro Nagai, Tadamichi Tsuneizumi, Kinpei Azusa, Shozo Hirabayashi, Mikio Terashima, Akio Nojima, Minoru Midorikawa.
IMDB 7.7
File Size 39.97 GB
Film description
Taken from IMDB.COM
The famous swindler of the century, Arsene Lupine III, dashingly carries out a grandiose theft worth millions of dollars, after which he learns that the loot in his hands is the most skillful forgery. It was created in the dwarf European principality of Cagliostro, whose rulers for many centuries traded in the production of a variety of counterfeit banknotes. Unaccustomed to losing, Lupine heads to the castle of the princes of Cagliostro, but the search for money fades into the background when he meets the charming princess Clarisse.

4k movies reviews
I watched the cartoon for the first time as an addition to the short Tonari no Totoro, watching the entire cycle of Miyazaki-san's anime. It was a year ago. Totoro turned out to be an amazing job with such unforgettable things as Horse Bus and, as always, a great and kind plot and heroes with charisma and morality, a sense of humor and their own little problems.

I don’t know why I then immediately decided to see Lupine ... Totoro did not think for one day, dream ...

Nevertheless, today I took the time and returned to the wonderful world of Miyazaki, rediscovering his filmography and starting right from the first full length, I plan to end with a trip to the wide screen on Ponyo on a cliff ...

So Lupine ... A very unexpected anime for Miyazaki, although the style and credits at the beginning, everything is somehow native, everything reminds that this is of course Miyazaki. The action takes place somewhere in the center of Europe, I think that this is the prototype of Monaco, since the ruins at the end of the film are Roman, so Miyazaki began from Europe, returning to it only twice more, in the paintings of Porco Rosso and Kiki.

Lupine himself is very reminiscent of Bond and Indiana Jones, with all their adventures, crazy pursuits and passion for women. However, the cartoon somehow surpassed the standard adventure genre and is amazingly complemented by psychedelics, incredible plot twists, and a good detective line. There is everything here: money and guns, love and betrayal, interpol and foreign intelligence, the Roman empire and a mysterious samurai with a magic sword.

The way Fujiko and Zenegato ultimately reveal Cagliostro's intrigues to the world deserves the best praise from connoisseurs of cunning crime comedies. In short, words cannot describe the delight that the film is able to awaken in the heart of both a child and his gloomy dad :) All fans of anime and Miyazaki must watch this film, and children will simply be delighted with a bright and kind movie!

For myself, I discovered the secret of this film only by watching it today from beginning to end, including credits! After all, the plot was based on none other than Monkey Punch! This is where the striking resemblance of the samurai Goimon, the bearded Jigen and many others to the characters of Mankatsu comes from! And the Duchess of Clarissa is, of course, the signature model of the Miyazaki girl, we will see her many times in Nausicaa, Kiki, San and many of his other brave heroines.

Everything! And so he said too much! Look !!! I envy everyone who hasn't watched this anime yet. But our boat is leaving, all on board! Next stop in the Valley of the Winds!

It is impossible to evaluate Miyazaki simply by points. It must be watched and this is the best reward for the master.