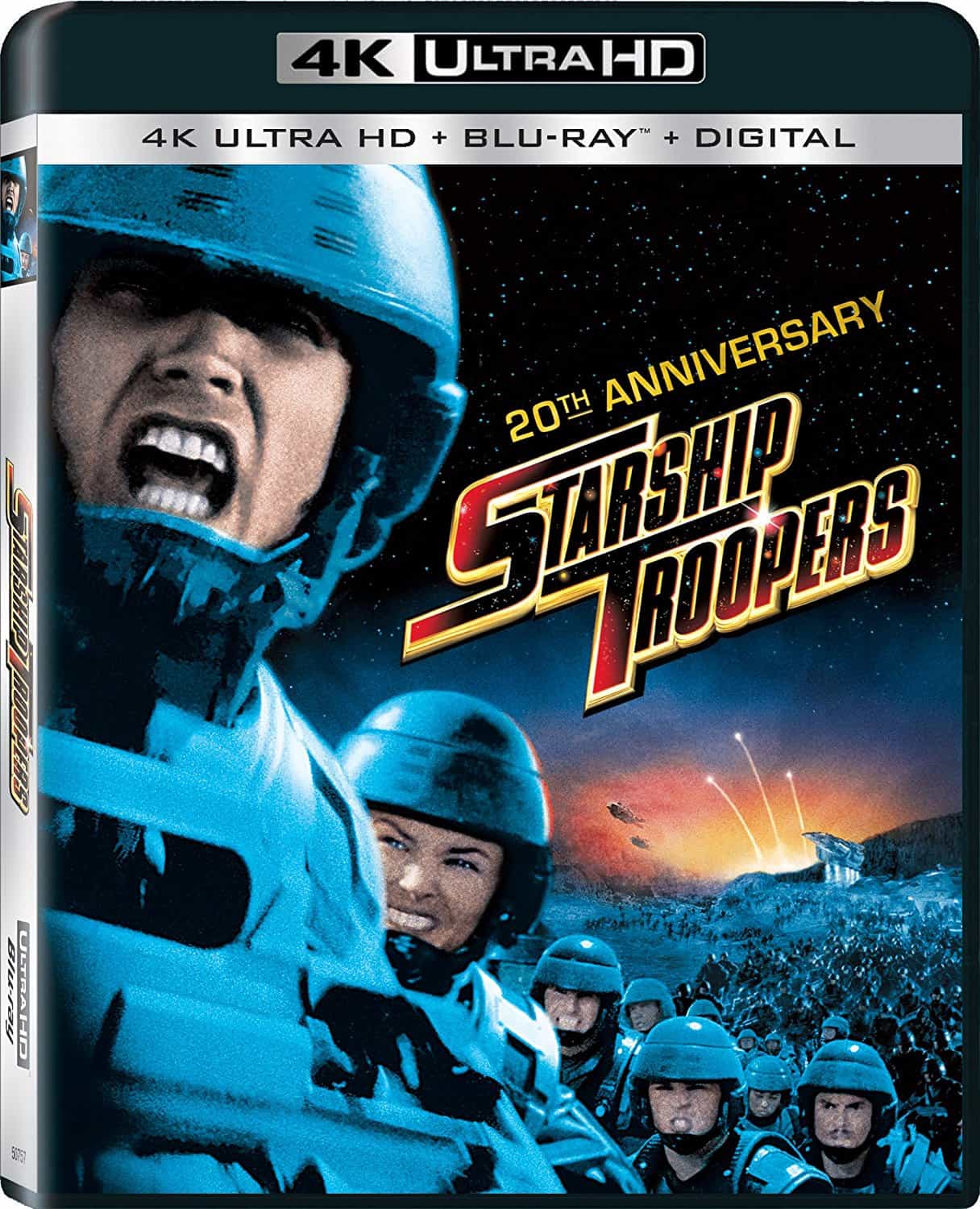 Story Movie
In the distant future high school kids are encouraged to become citizens by joining the military. What they don't know is that they'll soon be engaged in a full scale war against a planet of alien insects. The fight is on to ensure the safety of humanity.


Starship Troopers 4K Review
One of my favourite films, this one.
I love the way Verhoeven approached the idea of Man v Beast. Our "heros" are beautiful, white-teethed Americans, firm of body and morals; our villains are decapitating stick insects, cockroaches, and giant maggots.

Yet who are the real heroes ?

The white-teethed Americans are vacuous, shallow thugs. They are thrust into a war with the Bugs, whose planets, we are told, have been invaded by the Americans. The Bugs are justifiably annoyed.

I couldn't help but laugh at some of the "Nazi" parallels drawn by other reviewers. What Verhoeven is putting across in this film is not a polemic against Nazi ideology, but an attack upon American Imperialism in the latter part of the last century. He is satirising American crusades against other countries, whose inhabitants are portrayed in the American press as no better than Bugs.

Had Verhoeven wished to attack Nazism, he could have given the good guys German accents; he didn't, he gave them American accents. The "Nazi" symbolism as commented upon by other reviewers is not Nazi symbolism at all - it is totalitarian symbolism, full stop. It is right-wing, "bomb them back to the stone age" American totalitarianism.

Why do I believe this ?

Check out the scene where American kids are encouraged to stamp on cockroaches by an overly excited parent. Check out the high fives.

Verhoeven has done a mighty job here. He has made a film which has great action, great cinematography, very cute women (and boys) and yet the film still manages to take the mickey out of the New Order in a very funny and effective manner.