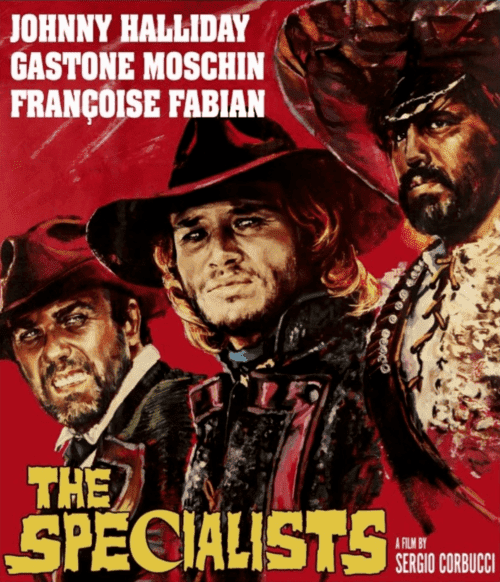 4k movies reviews
Sergio Corbucci rightfully earned the nickname 'the second Sergio' for his spaghetti western genre. Having borrowed a lot from his colleague in the workshop Sergio Leone, he filled his works with violence and revenge, jokes and jokes combined with excellent directing, staging of the frame and musical accompaniment. Moving from comedies and peplums to westerns, one of the first Italian directors to switch to a new lucrative genre, following the trends of popular love, he initially took the American model of storytelling as a basis. But after quite quickly he abandoned it, only in the insipid 'Cruel' with cardboard characters, practicing the traditions of its predecessors. Basically, by reworking the experience and adding Italian flavor and newly formed traditions, SW Corbucci contributed to the development of the genre, presenting fans with undying masterpieces and simply excellent genre films.

Don't get to know the Navajo Joe director with Reynolds as an Indian or Sonny and Jedu, it will be a pretty bad experience. Although it is likely that the acquaintance and love for him for many took place not at all from Westerns, but by his greatest comedies, Signor Robinson and Bluff, which can be endlessly enjoyed. Two key films in the development of the Ala'italia western, Django and The Great Silence, are acclaimed masterpieces that overthrow the foundations. The first gave rise to an endless host of sequels and the possibility of rethinking the theme of revenge, and the second made it possible to accept the fact that the main character may well not live to see the finale, and good does not always triumph over evil. But they didn't touch me the way they did the first two films of the revolutionary trilogy ('The Mercenary' and 'Partners') and the free-standing 'Specialist'.

We'll talk about the latter further. Released in French with a French rock star in the title role, the film is not only loved by the French. Johnny Halliday appears in the role of a knight without fear and reproach, who comes to the town to avenge his innocently murdered brother lynched by a crowd of residents who suspected him of stealing their savings from the local bank. Vengeance will come in the form of a chain-mail shooter who will hit the sheriff in the face, laugh at the law banning the carrying of weapons within the city, go through the roller at the offenders and Mexican bandits hanging around nearby. Female characters will delight you with their sophistication and beauty of forms, demonstrating them in the nude. And before the final, the whole city will lie naked in the dust on the main square, waiting for the hero to enter the final duel.

The shot was great, some of the shots are remarkable in their beauty. The musical accompaniment from Angelo Francesco Lavagnino is just the final blow to the emotions, so clearly and organically it lay on the narration, and the final red sunset and you can endlessly listen to the melody. The film, like The Great Silence, also has an alternative ending, in which the accents are placed exactly the opposite. As a result, 26 corpses on the account of the shooter, and the subject who occupies one of the highest positions in the director's filmography, and will appeal to any fan of the original spaghetti westerns. My admiration.