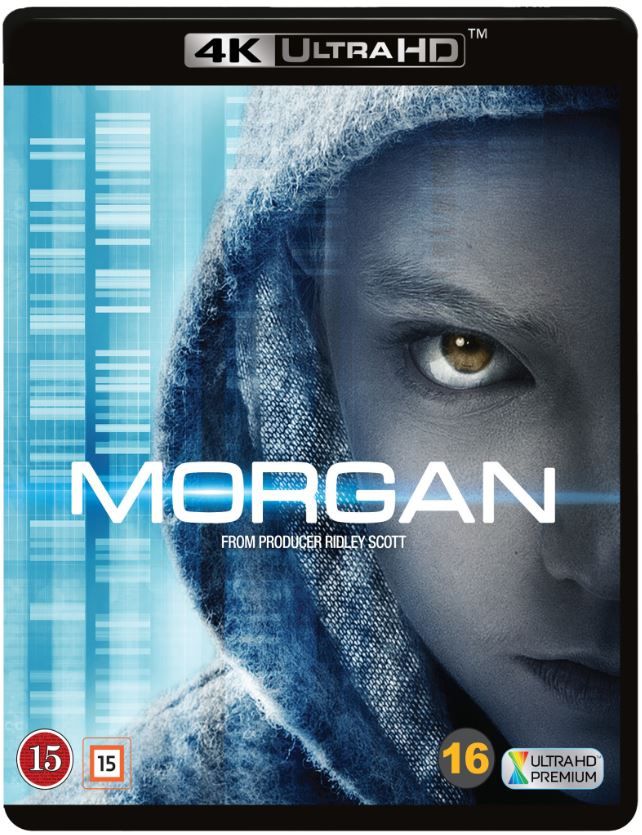 Morgan 4K Review
Morgan starts with a simple premise of the moral and ethical implications of genetically crafting a biological being from scratch. Even if such a being looks and acts human, is it? Is the being a "she" or an "it"and does the being have rights or autonomy, or can it be owned like a pet, or an iPhone?

Based on nothing more than the trailers, the movie struck me as a sort of biological / genetic mirror of Ex Machina. That turns out to be true to an extent, but Morgan doesn't do as good a job of exploring the philosophical question or examining the humanity of the being. The question is sort of posed, and then quickly falls aside as Morgan turns into more of a blood and guts action flick.

There is a twist at the end that I actually didn't see coming. My son says it was obvious early on, but the first hint I got was only moments before the truth of the twist was revealed.

I enjoyed the movieand I recommend you go see it. I just feel like there was much more potential there to really dig into the philosophical issues and ethical debates of creating a genetic hybrid.

We talked some about the similarities and differences between the premise of Ex Machina and the premise of Morgana cybernetic android being versus a genetic hybrid biological being. Scott shared his belief that the technical possibility of creating something as advanced as the android in Ex Machina is far beyond our abilities, but Morgan, and the ability to create a biological being, is within our reach.

"The science is there," explained Scott. "The only thing holding us back is a moral question."

It is a valid and important moral question, too. If a company like Monsanto can create genetically modified seeds to produce healthier or more bountiful crops and own a patent on that seed, would we allow a genetic engineering company to craft healthier or more capable gene pools and own a patent on those genes? Could we create a society where those with the financial resources are able to purchase superior geneticsthereby artificially widening the gap and creating a population of genetic "Haves" and "Have Nots"? Or, would we deem a genetically modified or engineered being to be less than humana thing or creature that can be owned, rather than a sentient being with rights?

Those are all great questions to explore, but Morgan really just scratches the surface of them.

I asked Luke Scott what's next on his horizon, and he let me know he's working on a project that also comes with a moral and ethical dilemma, but this one is based on a true story. Scott told me he is working on a script based on a book describing the story of the Donner Partya group of homesteading pioneers that got caught in bad weather and stranded on a glacier and had to resort to cannibalism to survive.