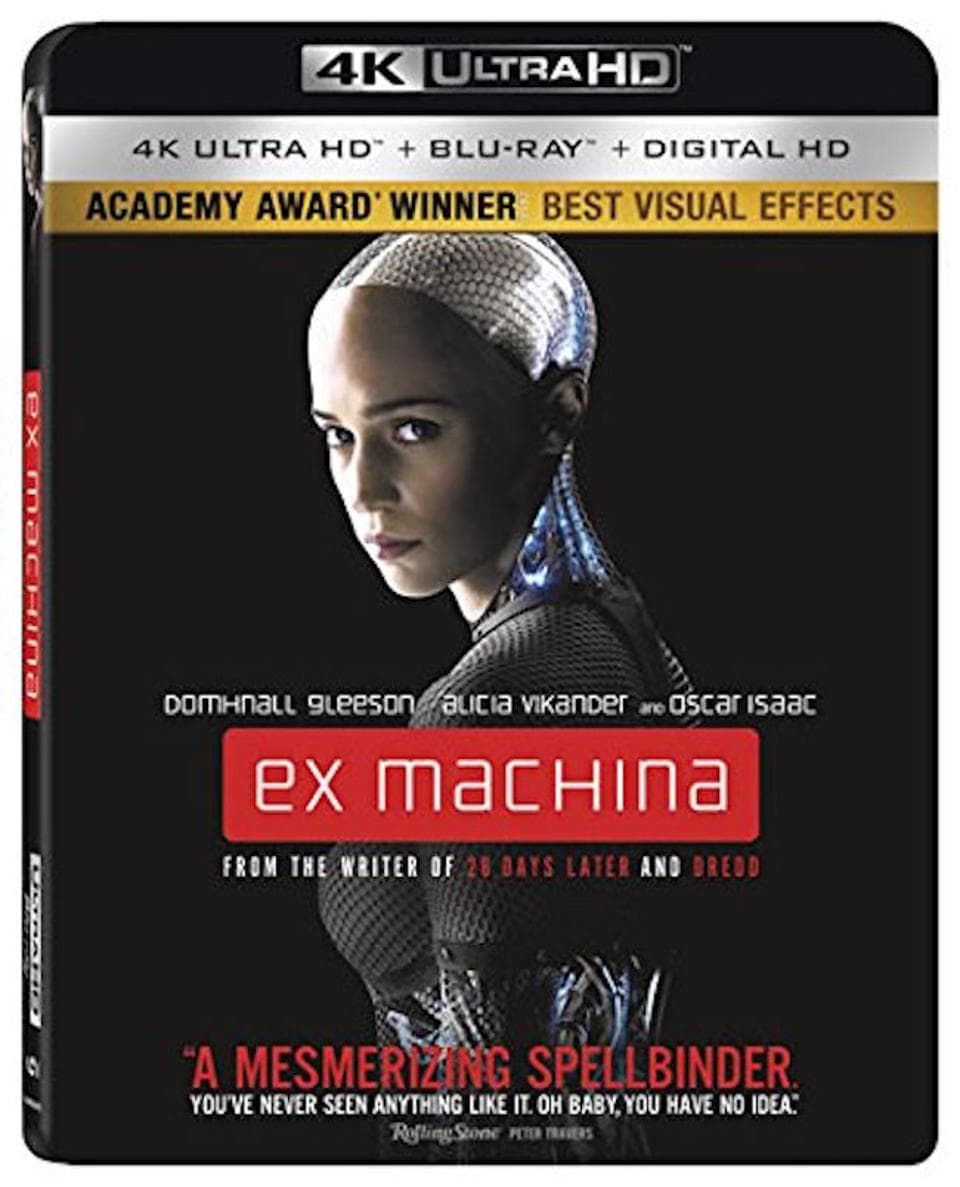 Story Movie
Caleb, a 26 year old programmer at the world's largest internet company, wins a competition to spend a week at a private mountain retreat belonging to Nathan, the reclusive CEO of the company. But when Caleb arrives at the remote location he finds that he will have to participate in a strange and fascinating experiment in which he must interact with the world's first true artificial intelligence, housed in the body of a beautiful robot girl.

Ex Machina 4K Review
Ex Machina has a very fitting sense of false intimacy. This is done visually as many of the close-ups are seen through glass. No matter how close we get to the subject on-screen, there always seems to be at least one wall of glass between us and it or them. The film also makes a very distinct contrast between it's interior and exterior shots. Outside of the facility is breathtaking landscapes. It is big, beautiful, refreshing and vibrant. Inside seems like an endless futuristic maze of glass, mirrors, plastic, chrome and dim lights. It is clean, cold and claustrophobic. A perfect setting for the subject that is explored in this tight, tense sci-fi thriller.

Ex Machina is the best science fiction film on artificial intelligence since Blade Runner. While Blade Runner is an action thriller that relies more on it's epic visuals to tell it's story, Ex Machina is a dialogue-driven psychological thriller that slowly works it's way under your skin. Thought-provoking and terrifyingly suspenseful, an induced state of paranoia may linger long after the end credits begin to roll.

The less you know going into a film like this, the better your experience will be. Alex Garland has given us a modern science-fiction masterpiece. Performances from all three leads are flawless and every other aspect of the production, from the cinematography to the soundtrack, is perfectly suited for the story. Not only is Ex Machina an amazing achievement for a directorial debut, it's Alex Garland's best written work to-date.