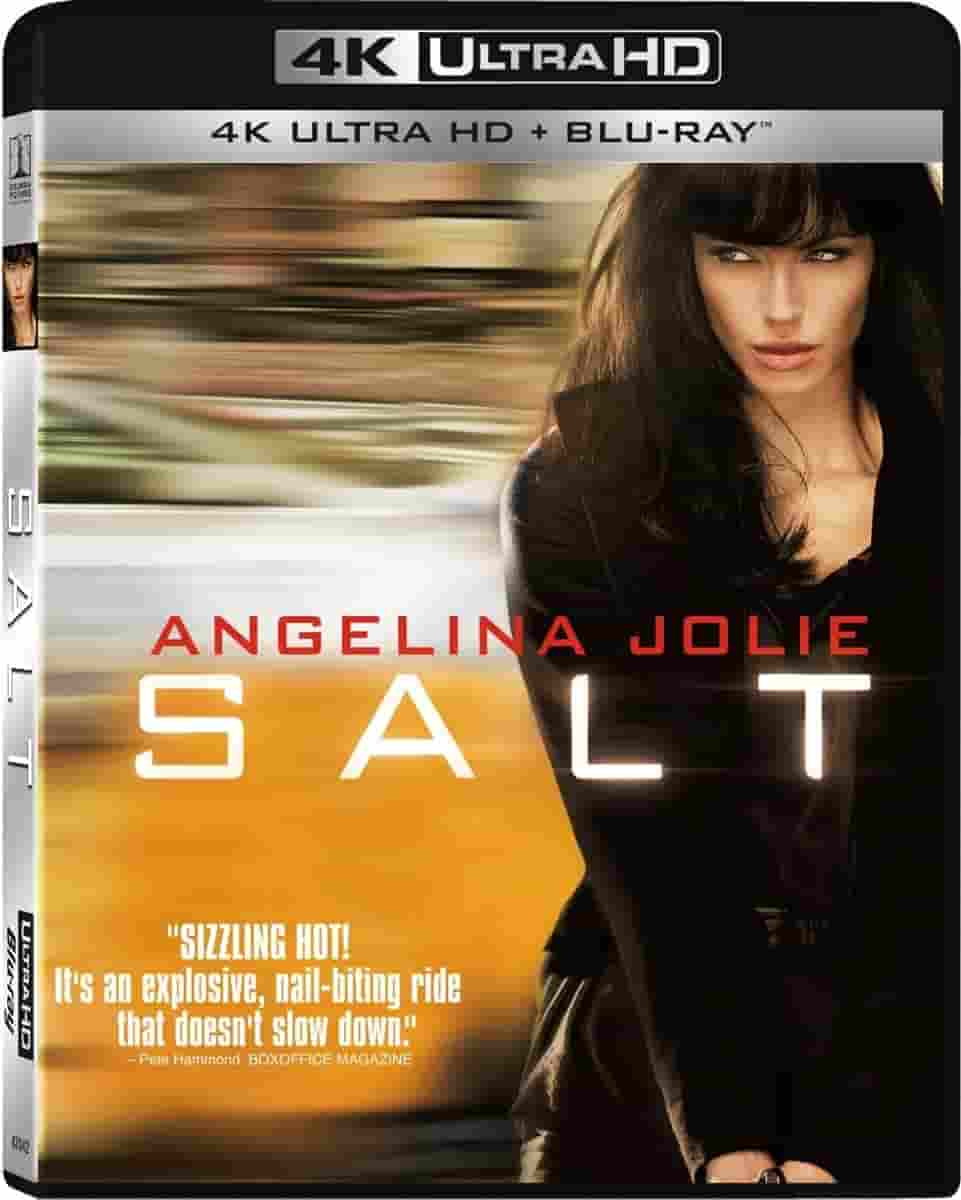 User Review
Born in a skirt
I understand that the theme of "evil Russians" wants to destroy the whole world and, in particular, the Bulwark of Democracy, is again in vogue. As correctly written in the Internet, you do not need to go far. Frankly speaking, I already thoroughly forgot about the "red threat" and the last film about it I had the felts "Games of the Patriots" or something like that. And then "Salt", straight balm on the soul.

So, the main character Evelyn Salt (Jolie), works in the Russian department of the CIA. Works well, despite the failure in Korea, when her husband raised a terrible bunch and Salt exchanged. Work, home, family, preparation for the jubilee. And here is BAC! The Russian defector. Wants to exchange data for protection. Well, Salt and her colleague Ted Winter (Schreiber) with discontented mines go to him. And that time he tells them a heart-rending story about the secret KGB project on the preparation of spy-children, who were introduced into American families, so that they lived in America in anticipation of the great Day X. All is well, but only in the end he calls the girl's name. Evelyn Salt. Yes, and adds that the evil spy children, who have already grown up and become just spies, want to kill the Russian president. Evelyn gives up her nerves, and she starts running.

In fact, "Salt" is a "Bourne" in a skirt, only with a plot in the style of "thrashugar and geese". Well, judge for yourself, the offended and abandoned KGB agents who were betrayed and who want to destroy everything and everything. Secret training camp for spying children located on the territory of the monastery (!). The ring with the Red Star, which is kissed by spy children, as on the sacrament. Russian special forces, which looks like a gang of criminals. In general, I did not see such an open banter for a long time. And all this is served with absolutely serious air, as if it should be so.

Externally, "Salt" no complaints. Actors are all done well, you all believe. Action, fights, explosions are all in place. Frankly pleased Schreiber. Three times in the frame, five phrases. But smart and charming to the impossibility. The film keeps the screen, not allowing distractions, and in the finale, even there is a story feint with ears, when you say to yourself "Opa! That was sudden! "

In general, "Salt" film was shot at the old school of American cinema. A glorious American scout, a traitor, a lot of evil Russians, a happy end on the background of a star-striped flag. It's clear that some people, after watching the movie, started screaming that, again, the West was trying to set us some beasts. Personally, I think that such cries are ridiculous. We must be more mature.

I recommend the film as a good action, and to all lovers of branching cranberries.