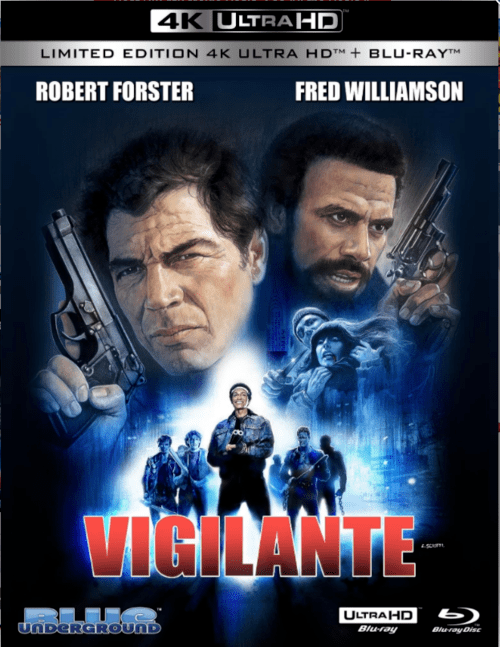 4k movies reviews
The banal, but effective and in many ways realistic film of Lustig is saturated with a certain halo of cruelty that is inherent only in the 'boring eighties'. Forster plays here an honest man in the street who is faced with the unsightly 'dark' side of the Law. He enters the territory where the judge, for completely incomprehensible reasons, is ready to release the notorious killer. He finds himself in a world where ordinary and honest citizens are practically not protected from dishonest scum. In a world where the demand for just retribution ends in a prison for the applicant himself.

So our main character, played by Robert Forster, loses his son and begins a difficult duel with the system. His family life, freedom, and manhood will be questioned. Lustig is very cruel in the depiction of chases and fights. It's nice that he does not at all seek to moralize. Not at all.

It is up to the viewer to draw conclusions about whether the hero has achieved happiness in his 'death wish'. The light grin in Forster's eyes hardly hints at the correct answer. As well as the cold-blooded murder of a woman by the confident urban avenger, brilliantly played by Fred Williamson.

So, a simple and not claiming any laurels film turns out to be convincing and accurate. Obvious and predictable shortcomings associated with an insufficient dramatic basis, I tend to consider here as a stylistic knixen. The inconsistent brevity typical of similar films of that time. Yes, and Fred Williamson is a real star, just by his presence he adds drive to the tape.