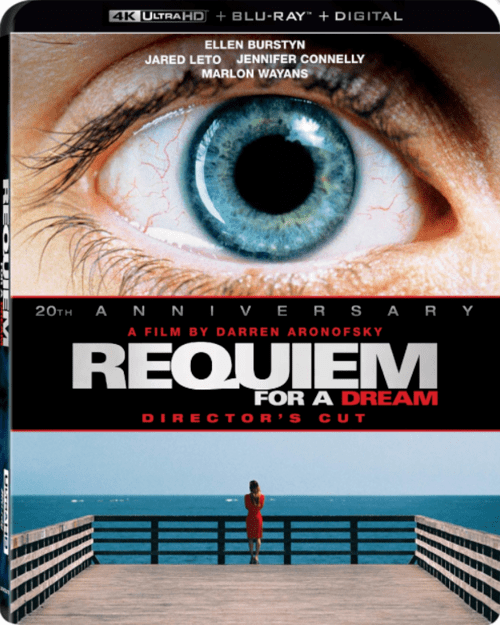 4k movies reviews
It has been a year and a half since the moment I watched this film, but the impressions about it are still fresh. I will never forget that shock. I remember, as usual, I went to the rental office to take a look at some movie. Looking at the shelves of discs, I came across the film Requiem for a Dream, I was attracted by the beautiful title. Although the synopsis aroused almost no interest (another film about drug addicts), I still took the disc. And then the evening came and I started watching.

To be honest, the first twenty minutes did not make any impression on me and I started thinking about stopping watching, but still I did not do it due to two factors: visuals and music. It immediately became clear that the picture was unusual and extremely original. Interesting camera angles, fast editing, extra-close-ups, acceleration - I really like it when all this is used in the cinema. And of course the phenomenal music. I have not seen a single person who would not like her. All my acquaintances recognize the sound, written by Clint Mansell, at least excellent. I think he's brilliant. One of the best soundtracks in cinema history.

So, I continued watching the movie and did not regret it. For further, more. Darren Aronofsky began to masterfully raise the degree of drama using all the means under his control: the peripetias of the script intensified, the editing became more and more sharp and fast, the music pressed more and more on the psyche. The film pulled me in more and more and it was already impossible to tear myself away from the screen. Ellen Burstyn's acting has also contributed a lot to all of this. In general, there are four main characters in the film. And if Leto, Wayans and Connelly play just well, then Burstyn plays brilliantly. Madness is beautifully conveyed. I wanted to shout: I believe!

And then came the finale. I sat and could not budge. I've only experienced this shock from cinema a couple of times in my life. So what is the movie about? I thought. Certainly not about drugs. This picture is about you and me. About people and their weaknesses. Each of us has a dream, but not everyone is able to walk the path to its realization. In fact, there are not four characters in the film, but only two: the older generation (Burstyn) and the younger generation (Leto, Wayans, Connelly). Each of them has a dream, but there are two paths to its realization: long and short. And only a few will take the long, real path. After all, people are weak and want everything and faster. And they take the shortcut - drugs.

Why drugs? Well, of course, because when you take them, you experience a feeling of joy, euphoria. It seems that the dream is already so close, you just take one step and here it is. Weak people take this step, but instead of finding dreams they fall into the abyss. Breaking down their lives. We must pay tribute to the director, because he showed two options for the collapse of a dream: a conscious one - the younger generation and an unconscious one - the older generation. After all, someone begins to take drugs of their own free will, and someone does not.

Well, in conclusion, I want to say that Darren Aronofsky made a great film, in terms of the power of impact, few can compare with it. He created a Masterpiece that makes you think about life, rethink some things, so as not to make the same mistakes as the heroes of the film. And I want you and me to never hear in reality this sad requiem for a dream ...