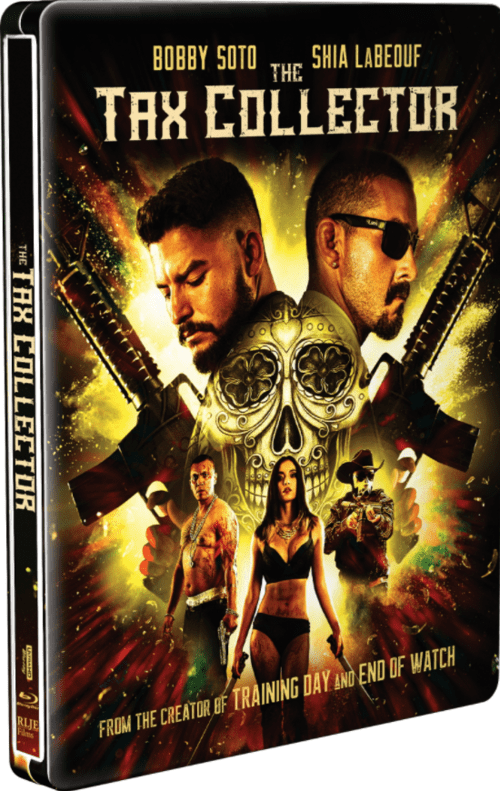 4k movies reviews
David Eyre can definitely be called a talented screenwriter and director. Moreover, perhaps there is not a single filmmaker who would feel like a fish in water in the genre of crime films about bandits like Eyre. As if he himself is part of these very criminal circles. All of this is exemplified by the example of 'Training Day', 'Patrol', 'Street Kings' and other works of Eyre both as a director and as a screenwriter. In this connection, the return of Air to the 'home environment' after the 'Suicide Squad' promised something interesting. Moreover, Eyre got the opportunity to rehabilitate himself after harsh criticism of the 'Suicide Squad'. Even if, according to him, this is the great merit of the studio. Did he succeed? Let's figure it out.

The plot of this tape develops around two friends - David and Creeper, who earn their living by "protecting" the business of certain people and knocking out a share from them for "their services." However, one day they cross the road to the dangerous Mexican Konejo, who decides to destroy his competitors and starts a real war.

It was not in vain that I began the review with Air's savvy in writing crime stories. Well-written characters, the structure of their criminal business and the entire criminal world shown on the screen is spelled out more than well. Eagerly recalling analogies with other works of Eyre. Does better this part of the story and the most locally and realistically told story without any Hollywood clich?s of entertaining pop-corn cinema.

However, in this tape, this turns out to be not enough and all the advantages of the above part of the script are blurred by an extremely poorly written plot and on-screen conflict, which seems to be sucked out of the finger and is too exaggerated on the screen. Not to mention the extremely weak personality drama of the main characters, which reduces everything to the usual 'soap opera' of Mexican TV series.

The same can be said for the direction of David Eyre. The few action scenes are set very realistically, without exaggeration in favor of modern entertainment films and quite effectively. And the very staging of these very scenes of the criminal world was filmed as if documentary. However, it is from a narrative point of view that the picture is very uneven. Gaining momentum in some scenes, and vice versa in others. Emotionally, the film turned out to be very empty, and the atmosphere of this tape turned out to be too caricature.

Starring Bobby Soto played well. But he got the most caricatured and cardboard character, which is absolutely not interesting to follow. Quite the opposite situation with Shia LaBeouf. He got a very interesting and charismatic character, and LaBeouf himself again demonstrated his talent for completely transforming into his character. However, in my opinion, it is criminally small in this tape, and in the last minutes of the narration the thought that his character could have received a much better disclosure does not leave, but for some reason he did not get it. The rest of the actors, in my opinion, played absolutely caricatured and overplayed most of them too 'pretentiously'.