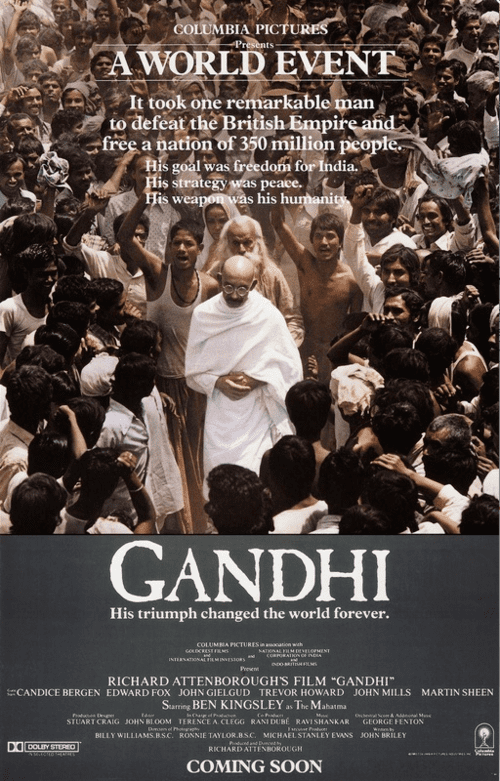 I was always surprised by the following fact: Great Britain gave the world cinema a lot of great actors, (and my favorites Lawrence Olivier, Vivien Leigh, Sean Conner, Bene Kingsley, the long list, of course, does not end there), but the outstanding directors, and the films, foggy albion , in my opinion, somehow offended, (excuse me, but I consider Guy Ritchie to be mediocrity).

And now the sky fell to the earth and the Danube flowed back - I LOOKED THE GANDI!

The feelings I have experienced are not easy to formulate into words. This is truly a GREAT MOVIE ABOUT THE GREAT MAN.

I am a historian by training and when we passed Mahatmas Karamchand Gandhi, I did not quite understand what his greatness is. Yes, he began to fight the invaders, but, as it seemed to me, it was all the more shameful that he stopped his actions of non-cooperation with the British (satyagrahi) at those moments when there were only a few days left before the victory.

And only after watching the movie did I understand why he did this. After all, Britain was just waiting to announce to the whole world that the Indians are bloody rebels. This would give them the moral right to crush rebellion with the most brutal methods. But thanks to the efforts of Gandhi, the British themselves became known as cruel barbarians, and India became free! HERE IS THE PURE VICTORY!

Directing, acting, operator work - all at the highest level.