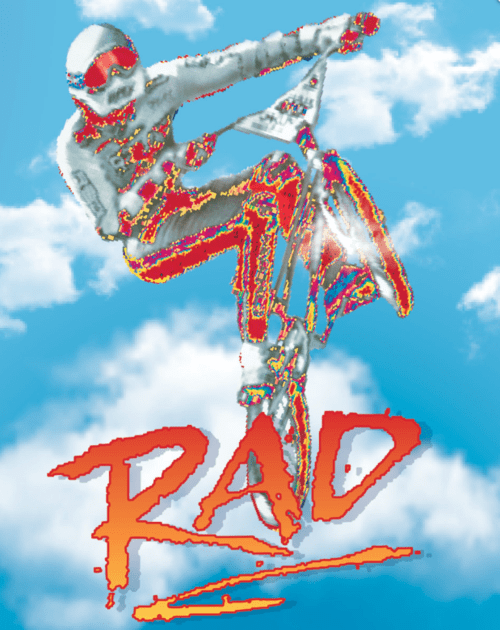 4k movies reviews
It's your basic "High-school dork beats bully & gets girl using his worthless social-outcast skill that everyone in this little universe is oddly obsessed with" (happens all the time in the 80's). Nothing particularly original or interesting about it, but for some reason it withstands repeated viewings and still seems like fun. It's one of those movies that unintentionally became a cult flick just by being so straightforward.

The plot, the acting, the characters, the one-liners . . . everything about the production is reasonably serviceable for the era, but certainly not GOOD either. The whole thing feels sorta like a cheesy 80's sitcom doing its big 2-hour episode for sweeps week, and the network gave it some money for a real location shoot & some extra cuss words.

The bicycle stuntwork in "Rad" is stellar. Yes, of course it's outdated now, and modern X-games riders like Dave Mirra can demonstrate a lot more technical skill on multi-directional spins & stuff, but ultimately that's beside the point. In real life the average 13-year-old spends weeks teaching himself to do a decent bunny hop. And for that 13-year-old, it's plenty of fun watching a character in "Rad" just trying to learn an (outdated) backflip move in the schoolyard using a hockey helmet & some old bed mattresses. (Think: "Jackass" but not so intentional. And it's too bad this movie was made before the era of "goof reels" during the end credits, because they probably got some real whoppers on film during this production.)

I can quote every line of this movie, but I still can't put my finger on what aspect of it makes it hold up so well. It's got that same sort of odd quality that a "Duck Tales" or a "Saved by the Bell" episode has: You can't explain why on earth you're still watching & enjoying it as an intelligent adult . . . but you are. (And so is everyone else you've shown it to.) Either way you'd better get your insider-status and enjoy this movie now. Next thing we know they might put it on T-shirts at Sam Goody & take all the fun out of it.