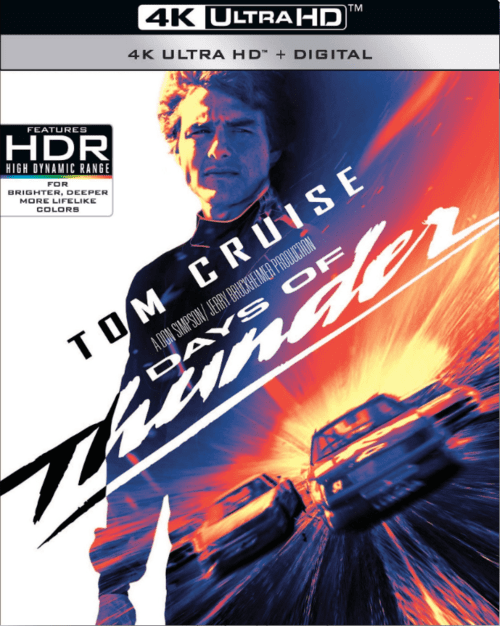 4k movies reviews
Tony Scott, may he rest in peace, was making cool films. They are cash, they are fascinating, they are peppy. Action rolls over all possible limits. The heroes are pretty bright. And the actors who perform these heroes are famous. And in many tapes a very unusual video sequence leaks out. Still, shooting experience in the advertising business is binding.

In this tape, the director continued to collaborate with producers Don Simpson and Jerry Bruckheimer. Their "Top Gun" was a great success. And they decided to reunite. Also, he did not refuse to work again in the familiar company of the young Tom Cruise.

Scott's militants have a certain focus. One topic that is being developed is taken. The plot has one line. And the rest are already joining in the course of the story. And NASCAR racing is a powerful topic. These competitions are of considerable importance to the Americans.

Action is absolutely cash. The presence of famous actors, popular races. And the soundtrack. Hans Zimmer was already burning. The words superimposed on his music resulted in a good song.

The plot is quite built. For a long time I did not watch classic action movies. And even a little forgotten all the turns. But thanks to this tape, everything quickly refreshed. There is drama and a love line. Lost and ups. Crucial moment. And an inspirational ending. But among similar products, this film stands out with a special brilliance. I like him.

Actors are really famous. Robert Duvall has worked in different eras. And over time, he does not become younger. But his roles do not suffer from this. He plays not just an extras or an older character. There are also quite significant and multi-temporal characters. And at sixty years old (or fifty nine) he looks very active on the screen. Even runs at the full. This is an actor of the old school. Which did not suffer from various ailments. And now they are less and less.

Tom Cruise played well. Smiling, nervous, chasing. And he looks like a twenty year old kid. Although by the time the film was released, his age was approaching thirty. This is also a breed of actors. They seem to start early, they take off for a long time. And keeping the body and face young, they reach great success by thirty.

John C. Riley is also young. After all, he is younger than Cruise. But you can’t say it in the face. Another type of actors who are very famous for their supporting roles.

The film is the personification of its time. He is fast, sharp, careless. There are almost no brakes. There is only a thirst for movement and a desire for love and a dream. A good film was directed by Tony Scott. Rest in peace.