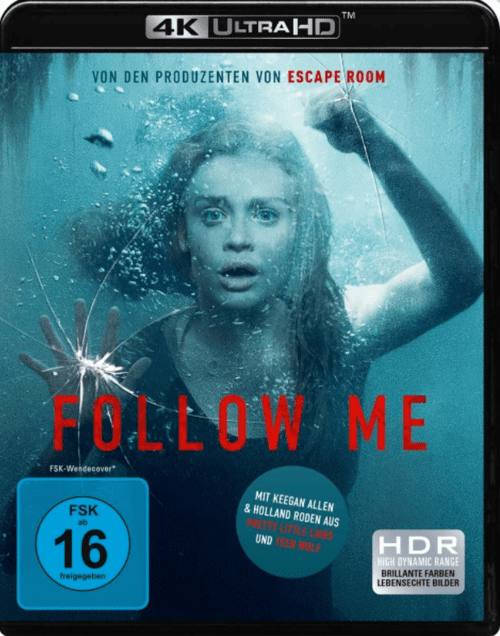 USA Thrillers 4K / Horror 4K
Producer: Will Wernick
Cast:Keegan Allen, Holland Roden, Denzel Whitaker, Ronen Rubinstein, Pasha D. Lychnikoff, George Janko, Siya, Daniyar, Dimiter D. Marinov, Emilia Ares, Yevgeniy Kartashov, Andrei Runtso, Inja Zalta, Kimberly Quinn, Ravil Isyanov.
IMDB 5.4
File Size 54.66 GB
Film description
Taken from IMDB.COM
Popular American video blogger Cole has made a name for himself in some of the most spectacular and dangerous challenges he finds around the world. On the 10th anniversary of his channel, he certainly wants to arrange something special, and friends offer him to go through an unusual quest in Moscow. Cole is skeptical at first. Quest? Who can be surprised by this now? Upon learning that these tests were developed specifically for him, the guy is inspired, but the quest will turn out to be much scarier than he could have imagined.

4k movies reviews
Nowadays, it is very difficult to surprise someone with banal adventures in some kind of amusement park or luxury resort. We have seen something like this far more than once, and, to be honest, all this becomes boring, and even more so if it is not happening to you. So it is much more interesting to watch from the sidelines something really non-trivial, capable of raising the adrenaline level even when you are at a safe distance, or simply watching from the sidelines how some daredevils jump from a huge bridge into the river, or they climb a skyscraper without insurance. Agree that such a spectacle cannot but tickle your nerves, because something completely unpredictable and truly dangerous is literally happening before our eyes. But the further you go into this kind of entertainment, the more serious the turnovers and you can really put your life on the line in a game where the chances of survival are minimal.

So, the plot of the film entitled "Claustrophobes: Quest in Moscow" introduces us to a guy named Cole (Keegan Allen), who has been hosting a popular network show for many years. The guy travels around the world and takes pictures of everything that happens to him. But unlike other bloggers who travel to famous tourist destinations, Cole chose a slightly different goal for himself. Instead of inspecting hotels and drinking cocktails in bars, our hero agrees to the most insane tests, which we would hardly have gone to. But Cole is not afraid of anything. And if you need, say, to lie in a grave and be buried alive, then this is not a problem for him. The main thing is that there is a camera nearby and fans can see everything that happens to the restless daredevil.

The main story begins here after discovering India, Brazil and other countries, Cole goes straight to Moscow, which for Westerners continues to be an outlandish and unpredictable place. Once here, along with other thrill seekers, Cole receives an invitation to a mysterious quest, where it is not so easy for a mere mortal to get. It is clear that it is stupid to refuse such a gift of fate, because it can raise the blogger's popularity to a new level, but instead of great entertainment, Cole and his companions in misfortune find themselves in a dangerous trap, from which, of course, it will be difficult to get out.

The filmmakers seized on the winning idea and began to gradually develop it, adding various dangers to please even those viewers who turned out to be the most jaded of such films. Of course, in these "Claustrophobes" notes of "Hostel", "Saw" and "Collector" are read, but it cannot be said that the story is completely secondary and inexpressive. Yes, we have already seen something similar, but here it is interesting how the characters of the characters are revealed in a difficult setting and what traps the authors will please us with. Fortunately, both with one and the other at "Quest in Moscow" everything is in order.

In addition, in the final we will have something really unpredictable. Nothing of the kind was expected in the course of the plot, however, when everything secret becomes clear, the plot begins to play with completely different colors. It makes sense even to take and re-watch the film in order to see how interesting this puzzle turned out to be, and even change your attitude towards certain characters. So the authors were able to create a real surprise effect, which cannot but please.

And despite the fact that the film is not the most expensive and the cast is mostly not the most famous performers, "Claustrophobes" look with interest. Plus, it's always fascinating to look at Moscow through the eyes of an American director. And here it should be noted separately that for Will Wernick this is far from the first experience of working with this kind of plot structure. In 2017, he already sent his first group of unfortunate heroes to the quest, and we can say that since then he gained experience and directed a film that is stronger in plot and entertainment terms, which may not be equal to the same "Saw", and so no less will be able to amuse the audience in search of sharp entertainment.

As a result, I would like to say that "Claustrophobes: Quest in Moscow" belongs to the kind of films that can arouse interest in their subject matter. The story turned out to be quite tense and moderately unpredictable, from which it can be safely watched and even revised. The plot is built competently, the heroes led by Cole are of interest, and the tasks set up by the mysterious organizer delight with their invention. And it is important to watch the film until the very end to see the real surprise that really adorns this story.