A Beautiful Day in the Neighborhood 4K 2019 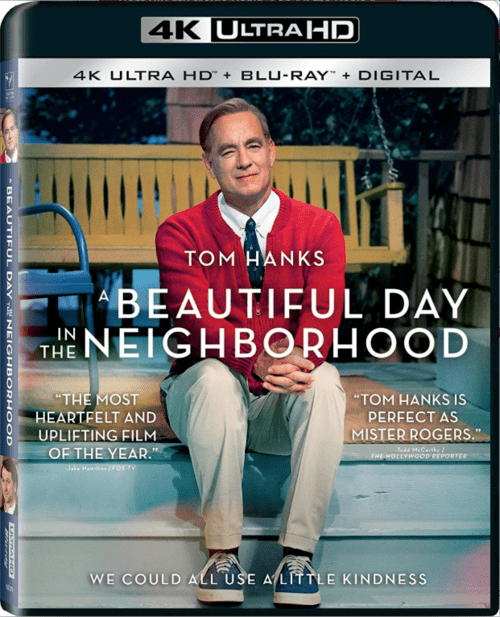 A Beautiful Day in the Neighborhood 4K 2019

4k movies reviews
“A beautiful day in the neighborhood” by Mariel Heller is a film more directed at the American audience, because it was shot on the basis of real events and one of the central characters of the film is a cult personality for every American - Fred Rogers (Tom Hanks), host of the popular children's TV show “Next door with Mr. Rogers ”(the program was broadcast from 1961 to 2001 and which was very popular). For example, it’s the same as if Russia decided to make a film about Nikolai Drozdov, the long-term host of the program “In the world of animals”, because these characters are very similar. They are very kind, open, sincere, not afraid to seem awkward or careless and very loving to communicate with people.

The plot of the film is based on the opposition of the ideas and views of two heroes. Tom Junode (Matthew Reese), the cynical and sophisticated author of Esquire magazine, accustomed to serious journalistic tasks and investigations, is sent on an allegedly humiliating business trip for him - to write a short essay about Fred Rogers. But the journalist, because of his problems with his father (Chris Cooper), is trying to expose the presenter, since Rogers seems to be too saints. He finds out that Rogers is not so holy as everyone around him thinks that he hides his house from his demons, according to his wife. And that his “holiness” is the fruit of his many years of work on himself and his character. Fred Rogers, for his part, asks his questions and through conversations leads Junod to a decision on reconciliation with his father.

Conclusion: A magnificent film that “saints” are not born, but become through a long grueling work on oneself, on the acceptance of the world around. And the result of this work will be the harmony of man with himself, which will also affect people close to him. Well-chosen cast literally lives in the frame, so sometimes it seems that you are watching the real life of people. Music emphasizes the overall mood of the film.