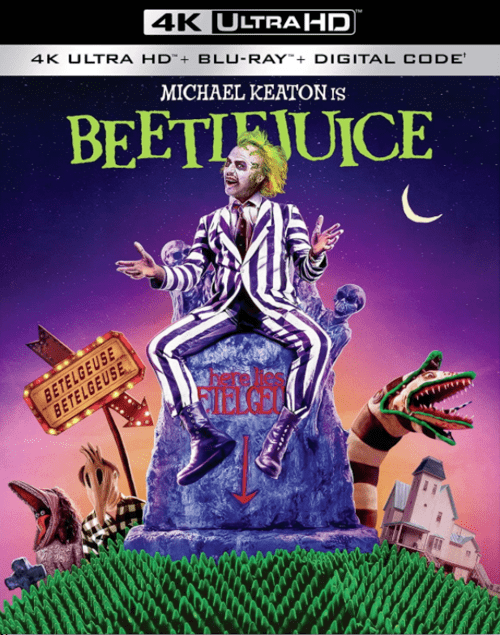 4k movies reviews
Sick world of gothic psychedelia.
All of Burton's paintings have their own unique charm. 'Beetlejuice' is the first picture of this director I've seen, and even as a child. Since then I am ready to review it every year with equal pleasure.

There are films, such as 'Mortal Kombat', which in childhood you watch with your mouth open (what special effects, what action!), And then, a few years later, having already watched 'The Matrix', 'The Lord of the Rings', 'Pirates of the Caribbean' and etc., you decide to watch a childhood film. After 10 minutes, with bulging eyes and tightly clenched mouth, you press STOP. Stop, I think I’ll continue to cherish my childhood memories ...

Not so with Beetlejuice. Its special effects cannot 'fade'. They don't look pathetic like most other films of those years. On the contrary - every year they look brighter, more interesting and more original.

'Beetlejuice' draws you into its sick world of gothic psychedelia. Striped worms, gnarled doors, headless ghosts ... Isn't it wonderful that someone was able to release all these fruits of childhood nightmares from their heads?

The cast is excellent. Everyone played beyond praise, there is no point in singling out anyone. Directing, again ... it's Tim Burton, that says it all. I will not list everyone who took part in this film, let us dwell on the fact that all are great. They all managed to create a truly immortal tape.