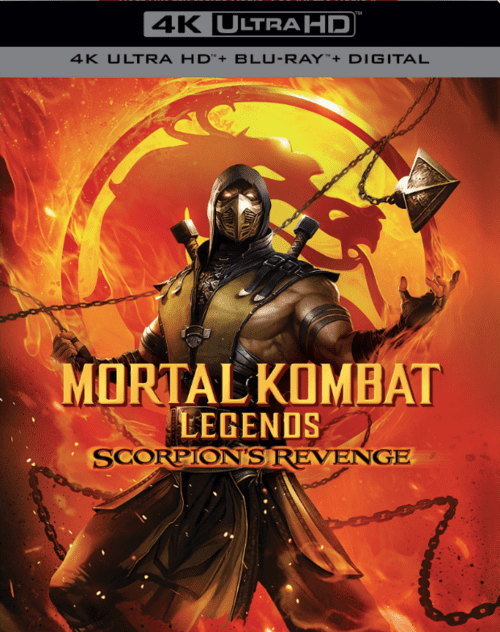 4k movies reviews
I belong to the generation that grew up in the Mortal Kombat universe. The masterpieces of the first three parts of the game, fingers erased to bloody calluses, broken buttons on the Sega, Super Nintendo, and later Sony Playstation joysticks. Superbly shot, albeit not quite from the game, film of the 95th year. The ugly shot, almost trashy, but with the participation of almost all the characters from the game, the continuation of the 97th year. The series "Mortal Kombat: Conquest" with a shocking, not a happy ending. An album with stickers, a soundtrack in the player, and so on and so forth. All this was a significant part of my childhood.

And now, after more than 20 years, the cartoon of the Mortal Kombat Legends comes out: Scorpio's Revenge. And I’ll tell you without exaggeration - he is magnificent.

“Scorpio’s Revenge” is the most accurate of all that was shot in the MK universe, conveys the storyline of the first part of the game. That is, before us is nothing but His Majesty - the canon!

All characters have the same motivation to participate in the tournament as in the very first game. Plus, the creators carefully treated the film of the 95th year. Some scenes and phrases here exactly copy the scenes from the movie. Rating R allows you to enjoy the ultra-violence that has always distinguished MK from other fighting games. Even the X-Ray that appeared in later parts is present.

But there is one caveat. Scorpio’s Revenge was shot exclusively for fans of the MK series. A person unfamiliar with games and films simply will not understand what is happening on the screen, what is the motivation of the characters to shed a liter of blood and tear off limbs to rivals. In addition to, of course, Scorpio himself, his motive is placed in the name of the cartoon.