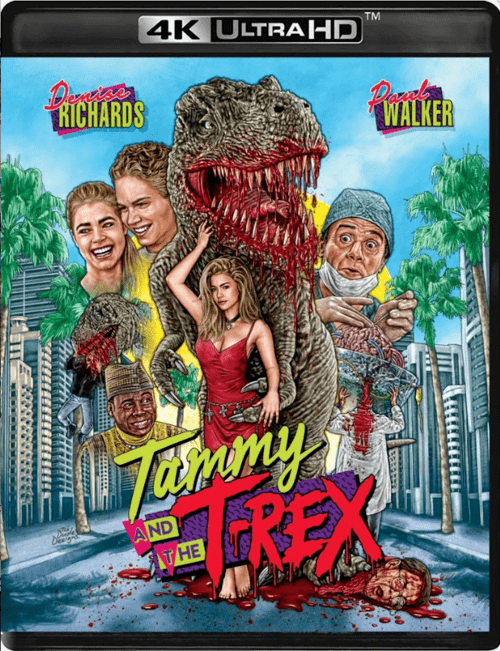 4k movies reviews
I was channel surfing the other night on DirectTV, and came across this movie with the wacky title. When I read the nutty plot description and noticed that it starred Ellen Dubin (from Lexx) and Denise Richards in an early role, I selected it out of curiosity. I expected to watch it for maybe five minutes and then get bored and turn to something else. I ended up, however, being really surprised by how entertaining I found this film to be. I knew I had to see what other people at IMDb thought about it. And just as I expected, almost everyone here hated it. I'm not surprised that most people don't "get" this movie. Those without any sense of camp will have no appreciation for it.

Let me explain something to everyone: This movie is bad, and the people who wrote and directed it KNEW that they were making a bad movie. Most of the characters and things that go on in it are totally, utterly ridiculous, and the filmmakers obviously reveled in this fact, to a degree of aggressive silliness. Realism and reality have little to do with this film. Basically, it's a send-up of other B-movies--romance, sci-fi, horror, etc--and a clever one at that. But apparently very few seem to have recognized it as such. Do people really think that the filmmakers were just too dumb not to realize that real-life funeral-goers would have noticed a huge T-rex watching the burial service from behind some shrubs just a few yards away? Or that the creepiness of the tender love scenes between Tammy and her grotesque dinosaur "boyfriend" was an accident? The movie's deliberate outrageousness and low-mindedness is what makes this movie fun and is the source of some of its funniest moments. For the first half of the film, I couldn't believe what I was watching, and couldn't believe that anyone would make a film like this.