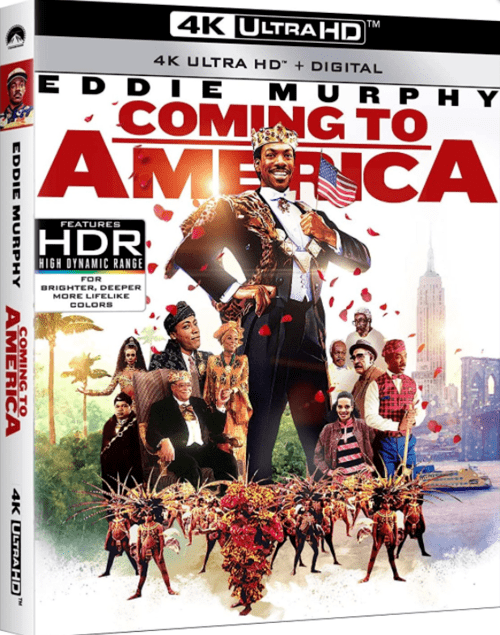 4k movies reviews
I didn't know about the existence of this movie until I was recently advised to watch it. I must say, I'm delighted.

Despite the fact that this is an American comedy, the script (by the way, written by Eddie Murphy) still makes decent sense. The film is very kind, about love and is designed like a comedy. In addition, there are very beautiful palaces, outfits, and a bright contrast of the life of the lower strata of society and kings is visible.

The plot is as follows: the prince wanted to marry a girl whom he will love and who will marry not for his enormous fortune, but for his human dignity and qualities. As a result, he decides to go to America in search of his queen ...

I would also like to note the game of Eddie Murphy. The play is simply gorgeous, his smile is dazzling.

I like the hero he played:
“As a prince, he had no megalomania. He did not want to live with a stupid beauty who would bring him slippers in her teeth.
- He went to one of the slums of America because he felt that he would meet his queen there.
- For the sake of love, he is ready to work as a janitor in a diner, to endure a dismissive, boorish attitude towards himself. And this is all after the gorgeous palace, jacuzzi, servants, etc.
- For the sake of love, he was ready to abdicate the throne.
- He is not stingy, he is ready to donate huge sums for children and homeless people. I understand that it is foolish to talk about a 'donation', because these bundles of dollars were like pocket money for him. Yet not every rich man is capable of this.
- An eternal smile on his face. He is damn cheerful, positive and charming.
- By the way, the prince is well educated, quotes Nietzsche in between washing floors. Also stops robbers with martial arts skills.
- Finally, he went to America to find a wife. He achieved his goal. He was able to fall in love with a girl, pretending to be poor, using all of the above qualities.

Yes, and more, girls reading this review, just imagine that tomorrow suddenly you can meet a prince who decided to find a queen in Russia, and his choice falls on you. Many of you will say that this only happens in a fairy tale.

Yes, everything in life is much more severe, and dreaming, of course, is not harmful, but fate is fate. Therefore, you need to treat everything easier and be optimistic. Who knows what awaits us there ...