Weathering with You 4K 2019 JAPANESE 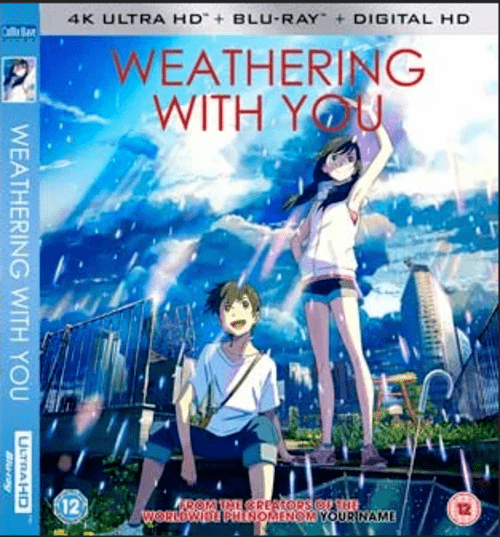 Weathering with You 4K 2019 JAPANESE

4k movies reviews
Hotaka's words were prophetic. Tokyo is drowning in eternal rain, the fate of people is changing, and Hina and Khotoka will try to build their happiness in this new world ...

Perhaps I'll start with the pros:

Tokyo Tokyo Makoto Shinkai is always magical and beautiful. Probably only he can turn quite ordinary and even miserable architectural projects into real works of art. In the process of viewing, you notice that you just stare at how the entrance to the strip club, the trash can or the interior of McDonald's is depicted. I recommend viewing it on a large screen in order to evaluate the whole palette of colors and the scale of work of those guys who worked on graphics and background.

Romance. The romantic line, as in the movie "Your Name", turned out to be very unobtrusive, but at the same time sincere and touching. The emotions of the heroes are understandable to everyone except the heroes themselves, but this does not annoy and infuriates, but rather touches. But the romantic story of Sinkai does not pay attention at all. It seems that it touches her completely over the edge, but at the same time she goes through the whole film and connects the narrative into a single whole.

Problem. It can be seen that Makoto Shinkai continues to search for his own plot style. We have long recognized it by schedule, and yes, BY TRAIN. We have also recognized his style of storytelling for quite some time, where the main character of the story also acts as its narrator. A story from the end is perfect for him. But here he is trying to raise some problems when the interests of the individual are contrary to the interests of society. Not quite what you expect from this director, but the attempt, in my opinion, is a success.

Hayao. It is clearly seen that the last two films show a strong influence of Hayao Miyazaki. Do not immediately shout at me that I insult the director and belittle his dignity. In no case! But in recent films, Makoto Shinkai is beginning to raise more and more issues of nature and society globally, which has always been Miyazaki’s bread. For this, Hayao-sensei also received an Oscar and many other prestigious awards. I think that after all Makoto needs to return to his work “5 centimeters per second” and “Garden of Elegant Words”. He perfectly manages to portray the fate of man in the harsh realities of modern society. Here he, unfortunately, only slightly touches on this topic.

Characters. The second minus stems from the first. Characters are not revealed at all. They appear to us simply as people from the street. We empathize with them at the level of participants of some prank from Cancer-poppy-fo. There is emotion, but empathy is not enough.

In summary, the animated film is definitely very good! Definitely recommend for viewing. At least in order to look at the beautiful panoramas of Tokyo and the endless rain with rare rays of the sun. All the characters are beautiful and cause sincere interest, but it’s not at all a pity to say goodbye to them, because they will have everything good!

Makoto Shinkai I wish you creative success and, in the end, find your own creative path that will leave it in the history of animation. Although, "5 centimeters per second" has already left him there. My personal wish is to return to the old style of performance and focus on the heroes, and leave the Ghibli studios and planet and society.

According to estimates, I could not decide for a long time. On the one hand, I saw the director in an area in which he did not quite belong. But on the other hand - he did it!

But the heroes are not revealed after all! Good, my rating would be 7 out of 10 or 8 out of 10 for fireworks only, but I put ten, because this year, good animated films are catastrophically small.