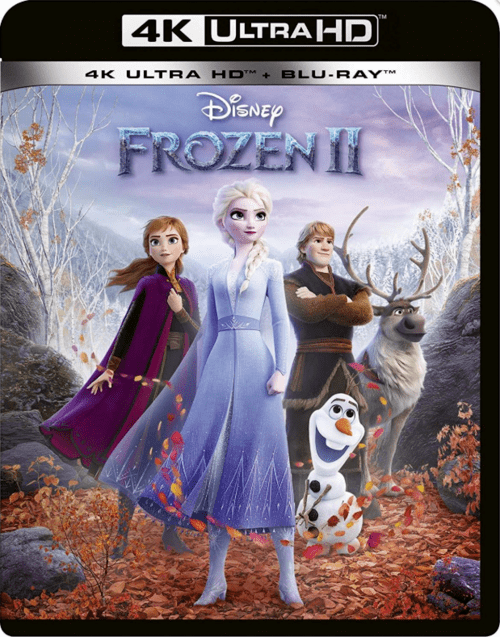 4k movies reviews
Disney cartoons always had a certain magic that allowed them to enjoy the work of artists and animators. In Frozen, this magic was expressed not only as a frame study, but also in the abilities of the main character Elsa. In the sequel, more attention is paid to them and the whole plot is built on this.

The story begins with a voice that Elsa hears, but other heroes do not hear. This prompts her to embark on a distant adventure to find out the whole truth that Arendelle is hiding. In this she is helped by Anna's sister, Christoph, his partner deer Sven and the never-discouraging snowman Olaf. On the way, Elsa learns about the source of her powers, and also reveals the causes of the death of her parents.

The plot of "Frozen 2" has become more global, its actions take place far from the kingdom. Heroes meet new characters, get acquainted with spirits in a mysterious forest and encounter certain difficulties, some of which have already been shown in trailers.

The trailers of the cartoon came out saturated, some actions constantly took place in it, but in the cartoon the emphasis is shifted. In the full-fledged picture there are action scenes, however, preferences are given to calmer moments - dialogs or songs.

The cartoon has a lot of the latter, more than it was in the first part. Heroes still express their feelings and emotions through music, but do it more often. From the main theme of Elsa, as in the first film, goosebumps run all over my body, but the original composition was Into the Unknown from Panic! At The Disco.

The first part of "Frozen" became a phenomenon, setting several records and taking a pair of Oscars. The same people were involved in the work on the sequel, probably to create another precedent. However, the continuation operates according to the same patterns without any risk. You can predict the ending in the first minutes of the cartoon, and the plot twists are completely absent.

While watching, you imagine the development of events in your own way, but it turns out to be more boring. Six years have passed since the premiere of the first part. The audience of the cartoon has grown exactly as much, and even the characters themselves have become older. In this case, the plot is still designed for children.

One could close his eyes to this or make it an advantage of the picture, but there are no complicated subtexts like in Zootopolis, and the fairy tale Snow Queen, based on which the cartoon was shot, wins with a darker and more adult story.

However, the cartoon is perfectly staged, there are shots from which are breathtaking, and because of some scenes I just want to cry, but I'm a man, so I let only a stingy tear. In general, the sequel is even ahead of emotions than the first part, as well as the quality of the animation.

"Frozen" could do without continuation. Disney could just shoot a short film about the parents of Elsa and Anna, answering some questions from the fans. True, then there would be no reason to collect another billion - the sequel will definitely succeed.

Despite the fact that the sequel is inferior to the first part in uniqueness, it wins in another. The cartoon looks and sounds great, evokes different emotions and reveals the potential of Elsa.

All fans of the first cartoon must watch.