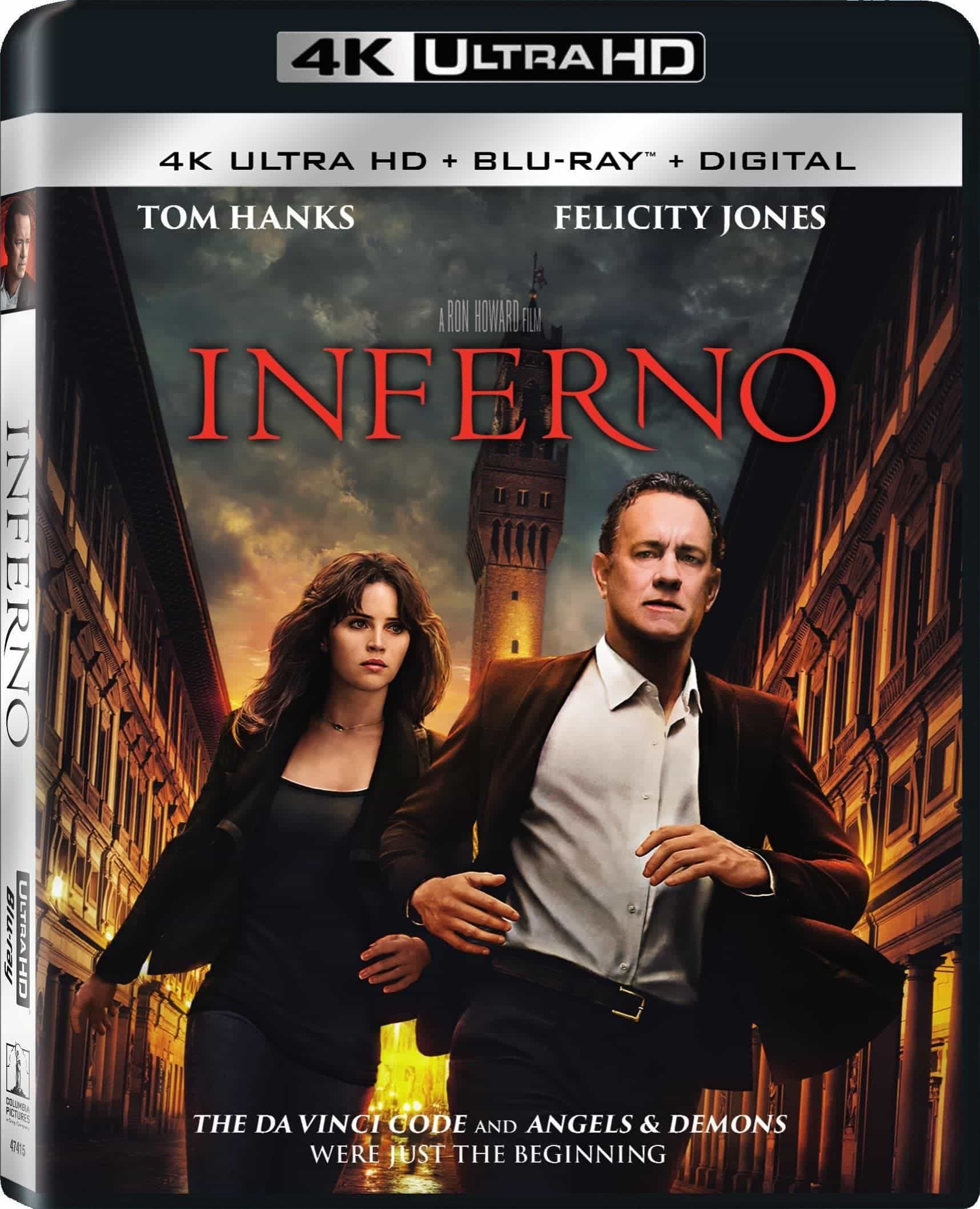 4k movies reviews
Inferno is salvation
Professor Robert Langdon regains consciousness in one of the Italian hospitals, completely losing his memory. Local doctor Sienna Brooks is trying to help Robert not only restore memories, but also stop mysterious intruders who intend to spread the deadly virus.

The fog and secrets that were cast on the film were superficial and easy to solve. The complex multi-move and Dante's hell may be difficult to grasp, but the plot of the film itself is very simple to understand. Langdon's hero again gets involved in a dangerous game, but at the same time he does not remember anything and does not understand why different people are hunting him. And as in time to a helpless scientist, a young beauty with high intelligence and knowledge of different languages comes. Scientist Zobrest is reminiscent of the cute, squeamish millionaire from Kingsman, obsessed with the idea of freedom and purification, he develops a monstrous weapon. But at the same time, he is not alone, his judgments are supported by many colleagues who are ready to do anything to turn his ideas into reality. And all these roles were perfectly embodied by Tom Hanks, Omar C, Ben Foster.

But even the excellent acting does not leave any thoughts that the gothic novel has turned into another film about terrorists and rescuers of all mankind. The film itself is excellent, entertaining and colorful, the action movie turned out to be successful. In which, for the first time, the emotional and touching Langdon was shown, not a scientific puzzle-solving machine.