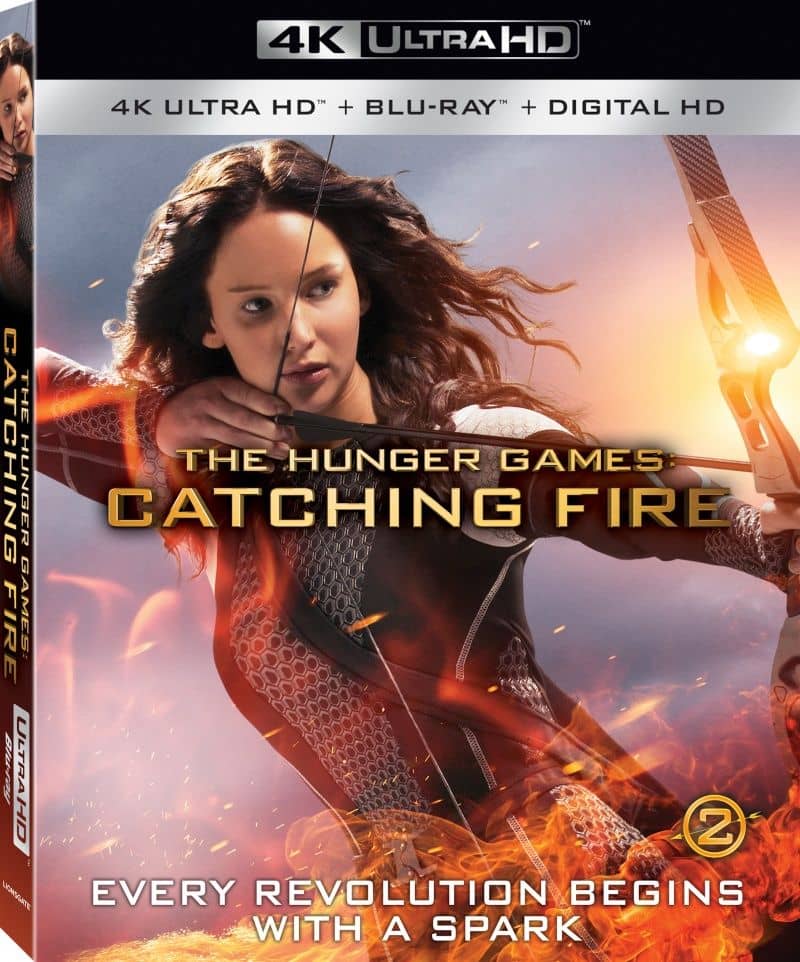 Twelve months after winning the 74th Hunger Games, Katniss Everdeen and her partner Peeta Mellark must go on what is known as the Victor's Tour, wherein they visit all the districts, but before leaving, Katniss is visited by President Snow who fears that Katniss defied him a year ago during the games when she chose to die with Peeta. With both Katniss and Peeta declared the winners, it is fueling a possible uprising. He tells Katniss that while on tour she better try to make sure that she puts out the flames or else everyone she cares about will be in danger.

The Hunger Games Re-make
Having watched the first Hunger Games with some appreciation, I was decidedly eager to watch the second. How wrong I was.

The basis of the film is laid out fairly quickly. There is discontent among the enslaved Districts. Katniss' inadvertent televised defiance of the autocratic Capitol by surviving the Hunger Games has shown its yoked peoples that it is not invincible. Hope threatens to displace fear, and there are instances of open defiance, threatening to bubble over into full-blown insurrection. All that is needed is the touch-paper to be lit. However, fearful for the people and the retribution they will suffer, Katniss is unwilling to act as a symbol against the regime.

This amounts to the first twenty minutes of the film. "OK", you think. "Solid, if uninspired. So she reluctantly becomes the figurehead of a revolution which topples the dastardly government. " However, before proceeding down this well-trod path, the film-makers decide that we first need to watch a re-make of the first film, with the same actors.

Katnis finds herself obligated to fight in the next Hunger Games, and must go through the same routine of making the public gush over her to win favour and friends, train in high-tech, sterile quarters, and accept the impossibility of surviving the games against superior foes. The difference is that there is a rebel conspiracy among some of the contestants and Games' Chief-Producer to ensure Katniss survive.

However, when finally it is revealed to Katnis that the plan had always been for her to survive, even at the cost of others, I felt not the faintest murmur of surprise. The big twist wouldn't have registered on a CAT scan. Throughout the film it is alluded to (nay, explicated) without subtlety, ambiguity, or misdirection. For example, contestants keep dying on her behalf with no hint of reason. But this itself isn't even developed into an independent pillar of the film; the main body of which is unaltered i.e. fighting, surviving, and the nominal self-sacrifice of disposable fringe characters.

The other major failed attempt to distinguish this film from the first was to introduce a genuine love interest for Katniss. The first scene of the film sees Katniss saying goodbye to her beloved...I don't remember his name. His contribution is to play martyr against nasty Capitol stormtroopers, obliging Katniss to intervene to save him from summary execution. This is the last straw for the Capitol, who declare another Hunger Games where Katniss will kill her "allies" and thus discredit her as a source of inspiration for the people. It was my feeling though, that the story could have got there easily enough without him. In terms of plot development he was only there to in chess problem terms "dress the board." Eventually he joins the rebellion (I think), and then isn't even referenced for the whole second half of the film.

One thing it did achieve was to thicken the theme of Peeta's unrequited love for Katniss, and her increasing genuine or not?? - affection for him. I felt there was some body to this thread, which felt like it was actually being developed throughout the film - rather than merely another aching turn of the plot-wheel. What might be interpreted as a stolid performance by Josh Hutcherson, I thought did as much as it could to convey Peeta's character (as otherwise implied by the script). Decent, dutiful, un-querulous.

The CGI was dependable enough, if not ground-breaking. The Capitol was predictable grandiosity, symmetry and perpendiculars. One of the few fine moments in the film was the scene in which Katniss' twirls and in doing so burns off her innocuous frock, revealing her (unwittingly) attired to resemble a Mockingjay - the symbol of the Resistance - live on prime-time TV.

For me the best bit of the film is the performance of Stanley Tucci as Caesar Flickerman, the host of the Hunger Games broadcasts. He was a welcome source of light in a film which can otherwise be summed up as dimly-lit and lugubrious. Loud, bright, strident, believably eccentric and garrulous; just a degree removed from the modern day chat show host, which lends some authenticity to the film as a meaningful commentary on the condition of society.

In sum though, the resulting film is one that makes promises on which it does not deliver. Once it was over, most of me was relieved, but the remaining part was still waiting for it to start. I felt cheated. Like buying a ticket to a fairground ride which is actually just a queue for a ride (C. South Park), or dumbly watching a frozen chicken slowly turning in the oven, and then being served it long before it's ready. My advice: If you want to watch Hunger Games: Part 2, wait for Hunger Games: Part 3
Other part movie
The Hunger Games 2012 4k Ultra HD 2160p
The Hunger Games: Mockingjay - Part 2 (2015)
The Hunger Games Mockingjay Part 1 (2014) 4K Ultra HD
Video
Codec: HEVC / H.265
Resolution: Native 4K (2160p)
HDR: HDR10
Aspect ratio: 2.40:1
Original aspect ratio: 2.39:1, 1.43:1