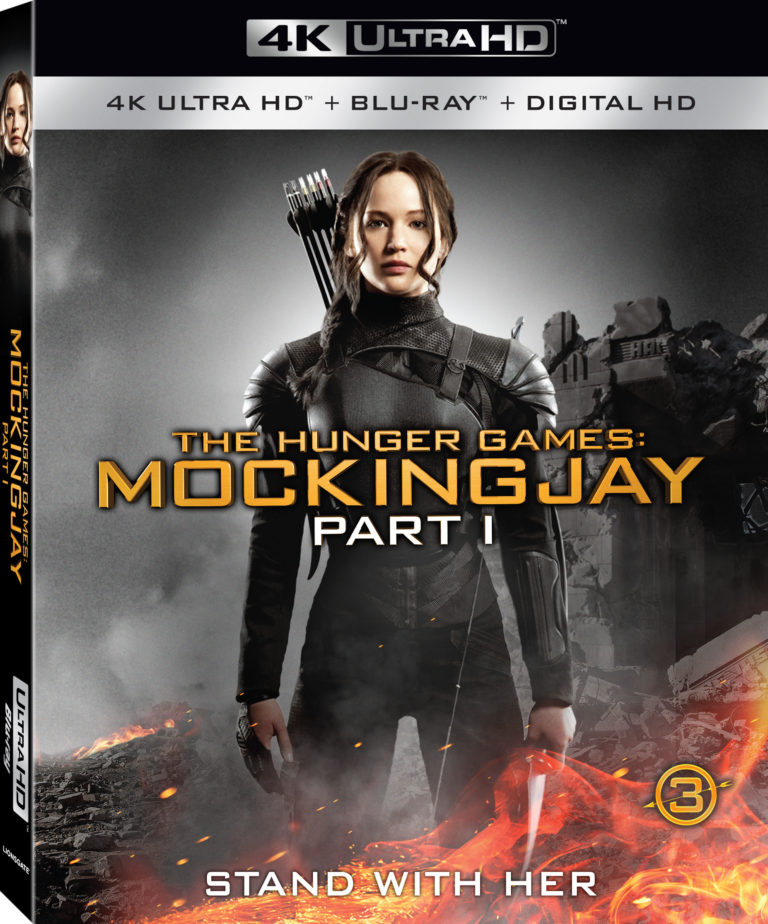 After the events of 75th Hunger Games, Katniss (Jennifer Lawrence) is rescued and brought to District 13 where the rebellion is brewing. Now she must become the face of the rebellion as both sides use propaganda against each other. Meanwhile, Katniss is overwhelmed by balancing her responsibility to the people of Panem with her desire to save Peeta (Josh Hutcherson). Mockingjay Part 1 is strong when it comes to the acting talent involved and showing the behinds the scenes propaganda of war. However, the decision to split the story into two parts has really hurt this movie by making it feel incomplete and filled with overstretched melodrama. While it is not a complete failure, it may be better to hold off watching this movie till Part 2 is released.

I never read the books but I enjoyed the last two movies in the franchise, especially Catching Fire. While I can't say I was aching to go see Mockingjay Part 1, I was interested to know how the story progressed after the cliff-hanger of the last movie. I was concerned that splitting the story into two parts may have been a detrimental choice, unfortunately my concerns were legitimate.

I know I'm coming off really negative but there are definitely some gems in the movie. Jennifer Lawrence as Katniss and Donald Sutherland as President Snow, were the best part of the movie. Watching them clash and play strategic moves against each other was intriguing. The rest of the cast do a good job in showing how they have been affected and changed by this war. This is the first time we see the world outside of the actual Hunger Games and District 12, which helped enrich this movie's universe. Uniquely we get see how propaganda plays an important role in the war. I can't remember the last war movie that delved into that aspect. On top of that, these propaganda pieces were very moving thanks to the rage fueled words of Katniss and the fear mongering of Snow.
The Hunger Games Mockingjay Part 1 (2014) in 4K Ultra HD / Blu-ray REMUX.
A lot of the problems for this movie stem from the fact we are spending 2hrs on half a story. This led to us having an entire movie where Katniss keeps crying and moping about either Peeta or the people of District 12 being dead. The feeling that the movie is overstretched is only compounded by how several scenes are just a rehash of a previous scene, for example the recording of a propaganda (3 times) and multiple scenes per character sulking about the people suffering. Look I'm not heartless, I understand those are devastating things to happen to a person, but we want to see the story move forward. I can honestly say that apart from Katniss becoming the face of the rebellion, there is no significant plot development since Catching Fire. There is all this slow build up but that's all it is, a build up to an end that is unsatisfying. Essentially this is a 2hr preview ad for Mockingjay Part 2, and quite frankly I felt mad about this when I left the cinema, and that doesn't happen often.

The pathetic cash-grab moves by studios to split the movie into two parts is the root of all the problems for Mockingjay Part 1. To fill the run time the movie is stuffed full with melodrama without much weight to make you care for long. All the momentum that the previous two movies had built has now come to a dull crawl. I'd recommend skipping this movie till Part 2 is released and hopefully enjoy a more complete story.
File Name: The.Hunger.Games.Mockingjay.Part.1.2014.2160p.BluRay.REMUX.HEVC.DTS-HD.MA.TrueHD.7.1.Atmos.mkv