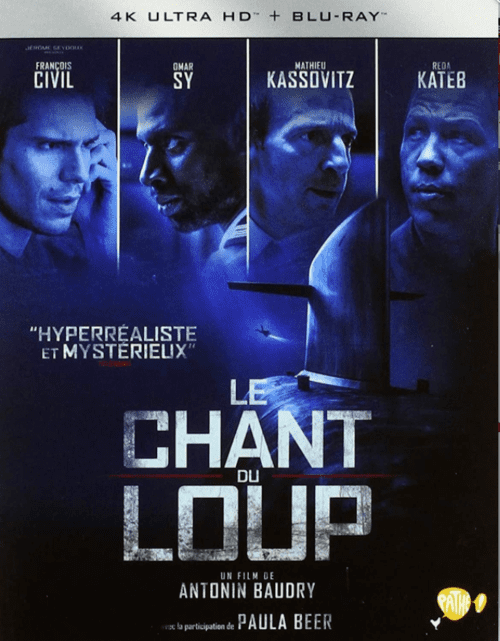 4k movies reviews
The sound expert Chanteraide holds the life of his fellow mates in his hands. Onboard high tech submarine Titan a small mistake leads to a confrontation with a mysterious submarine. As the danger of a next war becomes all too real, it's up to Titan and its crew to save the day.

Wolf's Call is the first feature from screen writer Antonin Boudry and it is a tense and inventive thriller where an approaching global disaster is played out on a smaller scale and rests on the shoulders of a few men. Handpicking his hot young stars, the trio of Omar Sy, Francois Civil, and Reda Kateb, Boudry builds on the relationship between the three men, throwing the characters into the crisis of a life time.

A minimalistic score by Tomandandy nicely supports the vast underwater scenes and claustrophobic in-cabin sequences. It is no wonder the film was snatched up by Netflix, it has an interesting concept, well written and acted.

WOLF'S CALL proves that a smaller scale underwater thriller can be tense and engaging even with a very restricted budget.