The Hobbit The Battle of the Five Armies 4K 2014 EXTENDED 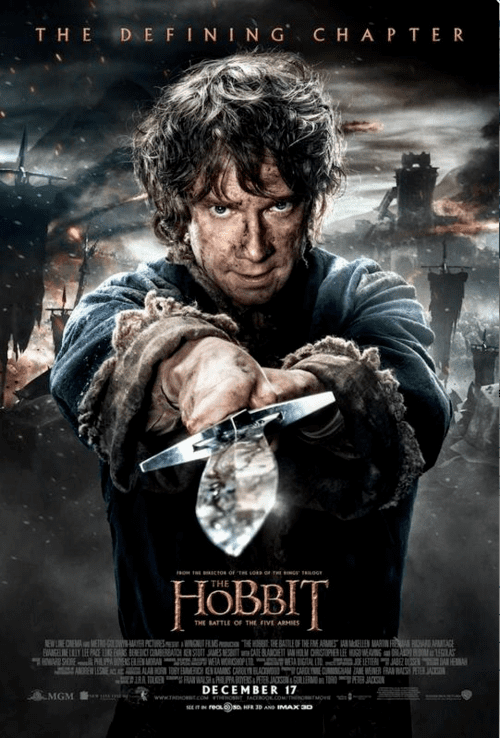 The Hobbit The Battle of the Five Armies 4K 2014 EXTENDED

New Zealand | USA Movies / Adventure 4K
Producer: Peter Jackson
Cast:Ian McKellen, Martin Freeman, Richard Armitage, Ken Stott, Graham McTavish, William Kircher, James Nesbitt, Stephen Hunter, Dean O'Gorman, Aidan Turner, John Callen, Peter Hambleton, Jed Brophy, Mark Hadlow, Adam Brown.
IMDB 7.4
File Size 68.75 GB
Film description
Taken from IMDB.COM
When a squad of thirteen dwarfs hired the hobbit Bilbo Bagins as a burglar and the fourteenth, "lucky" participant in the campaign to the Lonely Mountain, Bilbo believed that his adventures would end when he completed his task - finding the treasure that was so necessary for the leader of the dwarves Thorin. The journey to Erebor, the kingdom of the dwarves captured by the dragon Smaug, turned out to be even more dangerous than the dwarves had imagined, and even Gandalf, the wise wizard who extended a helping hand to Thorin and his squad.

In pursuit of the dwarves, an army of orcs rushed, led by an ancient evil awakened in the ruins, and the elves and people with whom Bilbo and his comrades had to deal during the journey and who suffered from the consequences of the dwarves' desire to return their home, claimed a generous reward - part treasures of the Lonely Mountain. Soon, five armies will meet near the Lonely Mountain, and only a bloody battle will determine the results of a daring dwarf campaign.

4k movies reviews
The artistic epic of Peter Jackson, which started back in 2001 with the cult trilogy The Lord of the Rings, and which received the long-awaited continuation in the form of the prequel The Hobbit, unfortunately for millions of fans of the series around the world, has come to an end. The premiere of the final part of travels in Middle-earth reached cold Russia on December 9, codenamed 'The Hobbit: The Battle of the Five Armies', having arranged a real battle for cinema seats long before it was released. Down with the lyrics, let's get down to business.

The expected clash with the dragon will fade into the background rather quickly, giving way to internal conflicts and vices of the heroes, which are increasingly coming out. Smaug, despite his colossal danger, will have an 'Achilles heel' in impenetrable scales, which will significantly reduce his chances of success. However, I will not reveal all the cards and answer the question whether the defending side will be able to take advantage of this 'bald patch', leaving you this carnage for 'sweet'. But to restore the devastating consequences of the actions of the monster, humanity will need treasures, because of which the main battle of the film will begin, because they are also claimed by elves and dwarfs.

The good forces of Middle-earth have been unable to divide the gold safely among themselves. Greed and greed escalate into aggression, and all-out war is about to break out. But, as never before, a powerful army of orcs, longing for jewels, becomes a unifying factor for the Three Armies, which now have to not sort out among themselves for the right to possess a 'tidbit', but to defend their lives to the bitter end.

The battle unfolding on the screens is perhaps the largest in the history of the cinematographer. The third part of the timing, the total duration of which was 144 minutes, will be devoted to the fight. But, believe me, the spectacle shown to the viewer is insanely bewitching and beautiful. It's truly epic, epic and super emotional. Yes, what is happening may seem overly computerized, yes, perhaps the graphics take away the soulfulness, but 3D technologies and visual effects in this picture kill on the spot, causing admiration and goosebumps from many scenes. In no case should you forget about the fifth flying army, and the panoramas from a bird's eye view are just a delight.

The results of the battle, of course, you will see for yourself. But I can say that old PJ will throw a couple of 'surprises' that distinguish the film from Tolkien's literary heritage (deserving a huge bow for creating such a wonderful world), doing it subtly and tastefully. The compositions of Howard Shore will once again correspond to the degree of battles and bring the story to perfection, and the acting will make it possible to be convinced of the professionalism of each person involved in this epic, everything is in place here. From A to Z.

It's hard to say goodbye when you don't feel like leaving. More than a thousand minutes of memories, more than a thousand pages of books will forever remain in our memory. Thanks to everyone who made Middle-earth so close and dear.

Recommended for viewing: The Lord of the Rings The Fellowship of the Ring 4K 2001 EXTENDED