The Lord of the Rings The Two Towers 4K 2002 EXTENDED 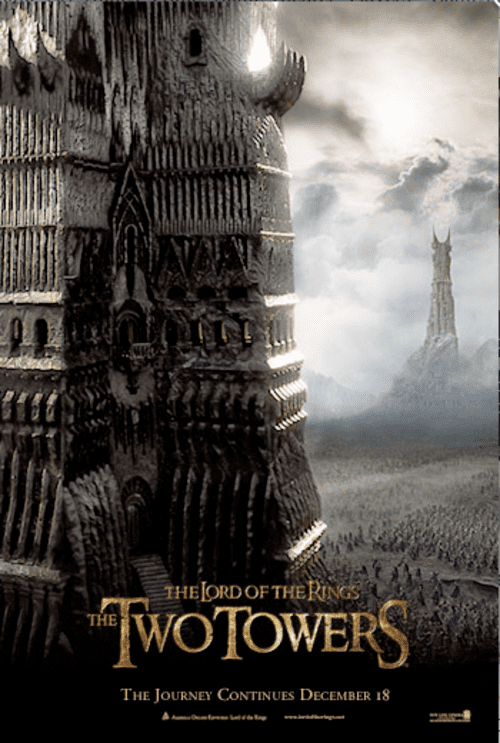 The Lord of the Rings The Two Towers 4K 2002 EXTENDED

4k movies reviews
Good and evil are the eternal choice, the most important choice of man,
The destiny is its root cause and the meaning of its earthly age.

And now we have the second act of a grandiose story. New collisions of light and darkness. New mysterious heroes. New storylines and the same cursed ring. I must say that when watching the first film, I had one vague feeling for a long time. A rather pretentious beginning clearly indicated that this was not a children's fairy tale, but a powerful fantastic epic. As I watched, my perception swung from side to side. Opinion changed dramatically every ten minutes. A painful question hung in my head: - what is it? Fortunately, the more than strong ending of 'The Fellowship of the Ring' convinced me that the creators have done their job one hundred percent: - not to create a fairy tale.

After such a strong start, I waited with bated breath for the continuation. We can say that the success of the first film did not guarantee that the adaptation of the second part of the novel would be equally impressive. Primarily because in The Two Towers there are too many heroes with a strange two-faced character, and too much sense for a commercial project. It was in this part that Tolkien introduced the most difficult and deepest characters. For example Gollum. In the first book, he appeared only a few times, and was perceived by everyone as an evil freak, but here we see a full-fledged character. There are so many shades and facets in his character! He is kind and evil, suffering and cruel. For himself, he is both a victim and an executioner. And Gandalf? From a gray sorcerer, he turns into a powerful magician, and this cannot but affect his character. If in The Fellowship of the Ring he was softer and sought to patronize Frodo, then in The Two Towers his temper becomes tougher, and his actions are more decisive. He seemed to have begun to understand that for peace to come to Middle-earth, it is necessary not only to destroy the ring, but also to change the people who almost gave up. An equally difficult character is the king of Rohan Theoden. He is brave, but in the depths of his soul lies cowardice. He is proud, but at the same time his mind is very inspiring. He wants to show nobility, but there is a great desire to say: - 'My hut is on the edge'. That is, on one side of the scale we see two small hobbits who are not losing hope are going forward, and on the other a large human army, afraid to join the battle.

Fortunately, my fears did not materialize and the movie 'The Lord of the Rings 2: The Two Towers' turned out to be just great! From the very first scenes, it was clear that the atmosphere of Tolkien's 'Two Towers' was completely guessed and skillfully transferred to the screen. This film is not at all perceived as a fairy tale, because it is a real heroic fantasy epic, striking in its scope and quality of the highest category. Of course, the actors' play and the director's work are beyond praise, but I really want to say a big thank you to other people: - screenwriters, cameramen, make-up artists, extras and all those who always remain in the shadow of their creations. I can't help but mention the music. In this picture, even melodies can spoil the whole experience. But here the music was made almost a full-fledged 'actress', expressing no less feelings than the other actors. It was after the release of this film that it became obvious that The Lord of the Rings will forever remain one of the best diamonds in world cinema.

See next part: The Lord of the Rings The Return Of The King 4K 2003 EXTENDED