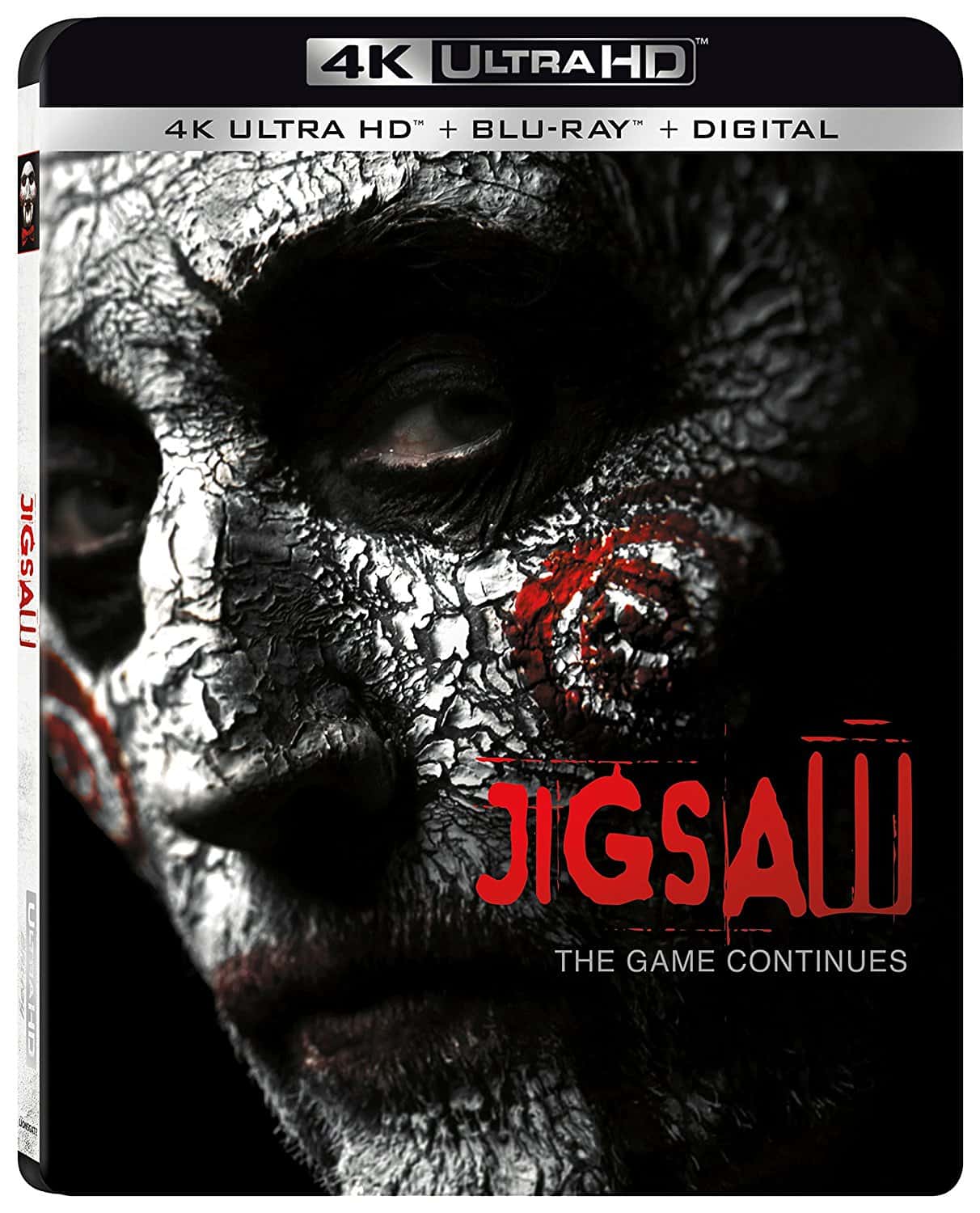 Jigsaw 4K Review
Jigsaw doesn't have over the top traps, where you chop off your arm (Saw VI). OR impossible traps where you put your hand in a jar of acid to retrieve a key just to get your chest ripped open (Saw III). History repeats itself and Jigsaw goes back to their old roots being simple, with basic traps and a mind blowing ending. Unfortunately there's one trap I disliked, it involves lasers. It relies on CGI too much, the stakes are high but the practical traps are way more fun and creative. With wires, tricks, chains, a puppet and the classic pig head, this film will leave you a with a smile on your face.