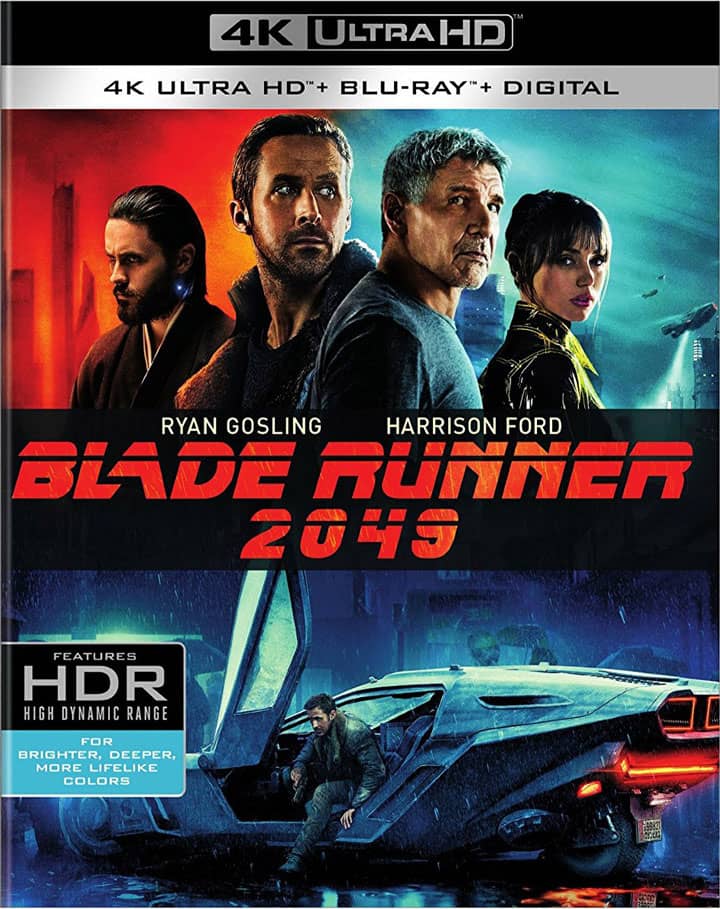 Story Movie
Thirty years after the events of the first film, a new blade runner, LAPD Officer K (Ryan Gosling), unearths a long-buried secret that has the potential to plunge what's left of society into chaos. K's discovery leads him on a quest to find Rick Deckard (Harrison Ford), a former LAPD blade runner who has been missing for 30 years.

Blade Runner 2049 4K Review
So, I didn't expect much from this sequel when it was announced, but since the original 'Blade Runner' is, in my opinion, one of the greatest movies ever made (if not the greatest), I had to see it anyways. As I often do, I didn't read any reviews or watch any trailers before going.

So, where do we start... While not perfect, and inferior to the original, this is still a great movie. Visually it's simply stunning and the actors are all excellent. Just as importantly, or maybe even more so, like the original it combines a slow pace and fantastic ambiance to create an introspective mood and invite reflection on some important themes and issues of our time. (although, maybe, lacking a dialogue with the same power as the Roy Batty monologue at the end of the first movie).

As some negative reviewers said, it is slow..... but that works well with the story and its intent to create a very clear, pervasive mood rather than to dazzle with dumb car chases, gunfights, or explosions,not to mention pushing the viewer to form his own opinions. The boringpart is subjective: for viewers who like to be challenged intellectually I'd say many action movies are a lot more boring. Nothing wrong with escapist movies, which I also enjoy when I'm in the right mood, but it doesn't change the fact that they're inherently much more predictable, superficial and formulaic. In other words, entertaining but intellectually boring.

Regarding Blade Runner 2049, one disappointment, though, to be honest, was the soundtrack: aside from being too loud, it really consists mostly of weird sounds/noises etc. While they do heighten the mood at times, or fit the atmosphere, they are not really not up to the lofty standards of the photography, the action, or the direction.

Also, the plot could have been a little tighter, and while the slow pace is what this movie needed, I'm not convinced it really had to be this long (or to touch on so many themes, as it does).

Still, it's a fantastic, and unique, viewing experience, and even with its imperfections it does create a believable (if gloomy and depressing) dystopian vision of the future, and touches on themes that could spark endless debate and reflection. And herein lies its beauty: shallow popcorn movies will have faded from everybody's memory in weeks. A movie like Blade Runner 2049 will inspire us and challenge us,whether we agree with some of its vision or not, maybe even whether we love it or hate it, for years to come. Movie Blade Runner 2049 Year 2017 in resolution 2160p format BluRay REMUX, HEVC sound DTS-HD MA TrueHD 7.1 Atmos.