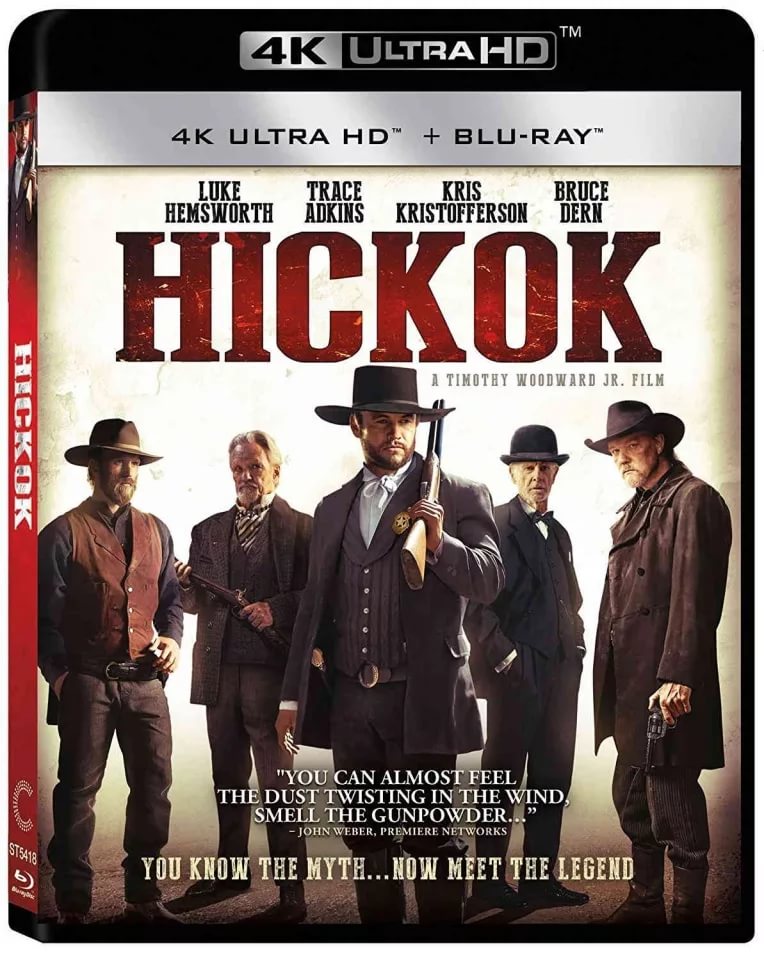 The best film I've seen done on Wild Bill Hickok is White Buffalo where Charles Bronson played the legendary frontier marshal. It was set at a different time and place during his life. This film Hickok is set at the beginning showing some of his Civil War service and the beginning of his time as marshal of Abilene.

Unlike Wyatt Earp who rarely used his weapon and before the OK Corral business had only killed one man, Hickok was as fast as rumored and had a few kills listed to him. That's what is shown here. Luke Hemsworth who plays Hickok also carries a shotgun as most peace officers did. What counted was to make sure hit your target. He has quite the standoff with John Wesley Hardin who in real life never made it as far north as Kansas. He certainly wasn't Hickok's deputy. Hardin is played here by Kaiwi Lyman-Mesereau.

The film moves at a tortoise pace attributable to some bad direction and the characters never engage you the way the cast in the Bronson film did. Having such veterans as Kris Kristofferson and Bruce Dern help a bit. But this is not the final cinematic word on Wild Bill Hickok.