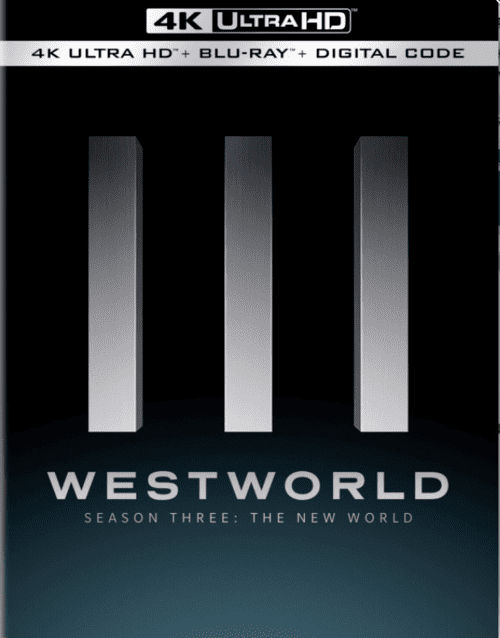 Parce Domine S3, Ep1
15 Mar. 2020
Dolores sets out to find the architect of the Rehoboam; Bernard tries to blend in; Ex-soldier Caleb tries to find his way in neo-Los Angeles.

The Winter Line S3, Ep2
22 Mar. 2020
Maeve finds herself in a new park and meets a ghost from the past; Bernard makes his way back to Westworld.

The Absence of Field S3, Ep3
29 Mar. 2020
Charlotte grapples with reality; Dolores and Caleb begin to form a key partnership.

The Mother of Exiles S3, Ep4
5 Apr. 2020
Bernard and Ashley infiltrate a private charity event, while Dolores and Caleb make similar plans; The Man in Black prepares to re-enter society; Maeve comes face to face with an old comrade.

Genre S3, Ep5
12 Apr. 2020
Serac's past is revealed; Dolores pressures Liam for access to Rehoboam; Caleb is dosed with an unusual party drug.

Passed Pawn S3, Ep7
26 Apr. 2020
Caleb gets an insight on the true nature of his past; Dolores seeks out Rehoboam's predecessor, while Maeve tracks her down; Bernard, Stubbs, and William escape from all the chaos.

Crisis Theory S3, Ep8
3 May 2020
Dolores' true intentions are revealed; Bernard confronts a ghost from his past; Maeve is conflicted; Serac's voice is dominant; Caleb's role is revealed; and William faces an unexpected villain.