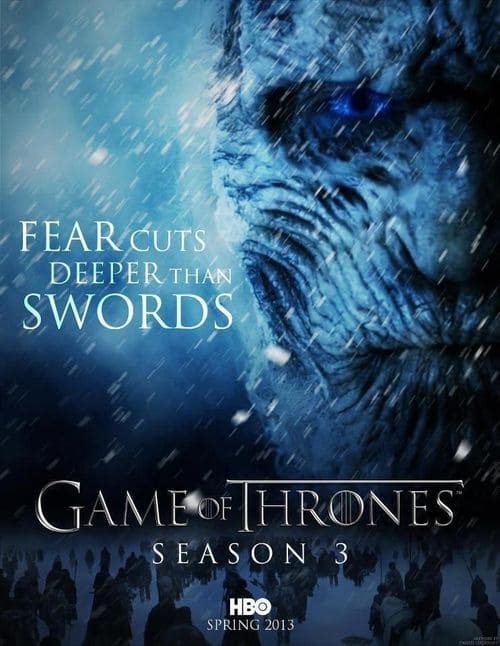 USA | UK TV Series 4K
Producer: David Benioff, D.B. Weiss
Cast:Peter Dinklage, Lena Headey, Emilia Clarke, Kit Harington, Sophie Turner, Maisie Williams, Nikolaj Coster-Waldau, Iain Glen, John Bradley, Alfie Allen, Conleth Hill, Liam Cunningham, Gwendoline Christie, Aidan Gillen, Isaac Hempstead Wright, Rory McCann, Nathalie Emmanuel, Jerome Flynn, Daniel Portman, Jacob Anderson, Ben Crompton, Kristofer Hivju, Julian Glover, Carice van Houten, Charles Dance, Hannah Murray.
IMDB 9.3
File Size 290.75 GB
Film description
Taken from IMDB.COM
The time of prosperity is coming to an end, and the summer, which lasted almost a decade, is fading away. Around the center of power of the Seven Kingdoms, the Iron Throne, a conspiracy is brewing, and at this difficult time, the king decides to seek support from his youth friend Eddard Stark. In a world where everyone - from a king to a mercenary - strives for power, weaves intrigues and is ready to stab a knife in the back, there is a place for nobility, compassion and love. Meanwhile, no one notices the awakening of the darkness from the legends far in the North - and only the Wall protects the living south of it.

Game of Thrones Season 3 series 1-10 in 4K Ultra HD
Valar Dohaeris S3, Ep1
31 Mar. 2013
Jon is brought before Mance Rayder, the King Beyond the Wall, while the Night's Watch survivors retreat south. In King's Landing, Tyrion asks for his reward. Littlefinger offers Sansa a way out.

And Now His Watch Is Ended S3, Ep4
21 Apr. 2013
Jaime mopes over his lost hand. Cersei is growing uncomfortable with the Tyrells. The Night's Watch is growing impatient with Craster. Daenerys buys the Unsullied.

Kissed by Fire S3, Ep5
28 Apr. 2013
Robb's army is falling apart. Jaime reveals a story, to Brienne, that he has never told anyone. Jon breaks his vows. The Hound is granted his freedom. The Lannisters hatch a new plan.

The Climb S3, Ep6
5 May 2013
Jon and the wildlings scale the Wall. The Brotherhood sells Gendry to Melisandre. Robb does what he can to win back the Freys. Tyrion tells Sansa about their engagement.

The Bear and the Maiden Fair S3, Ep7
12 May 2013
Jon and the wildlings travel south of the Wall. Talisa tells Robb that she's pregnant. Arya runs away from the Brotherhood. Daenerys arrives at Yunkai. Jaime leaves Brienne behind at Harrenhal.

Second Sons S3, Ep8
19 May 2013
Daenerys tries to persuade the Second Sons to join her against Yunkai. Stannis releases Davos from the dungeons. Sam and Gilly are attacked by a White Walker. Sansa and Tyrion wed.

The Rains of Castamere S3, Ep9
2 Jun. 2013
Robb and Catelyn arrive at the Twins for the wedding. Jon is put to the test to see where his loyalties truly lie. Bran's group decides to split up. Daenerys plans an invasion of Yunkai.