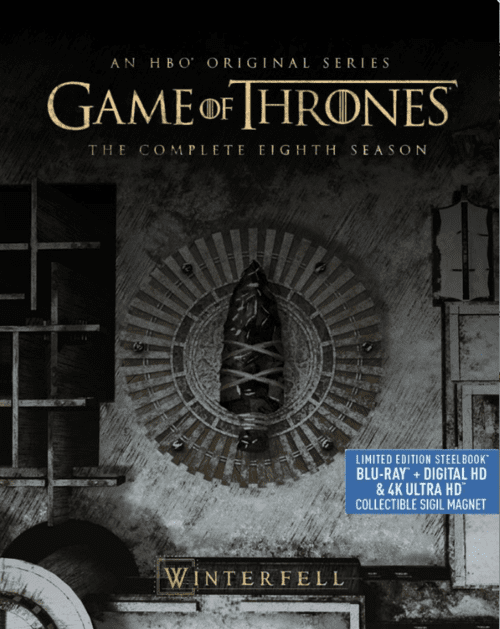 USA | UK Movies
Producer: David Benioff, D.B. Weiss
Cast:Peter Dinklage, Lena Headey, Emilia Clarke, Kit Harington, Sophie Turner, Maisie Williams, Nikolaj Coster-Waldau, Iain Glen, John Bradley, Alfie Allen, Conleth Hill, Liam Cunningham, Gwendoline Christie, Aidan Gillen, Isaac Hempstead Wright, Rory McCann, Nathalie Emmanuel, Jerome Flynn, Daniel Portman, Jacob Anderson, Ben Crompton, Kristofer Hivju, Julian Glover, Carice van Houten, Charles Dance, Hannah Murray.
IMDB 9.4
File Size 225.85 GB
Film description
Taken from IMDB.COM
The most popular TV series to date, now available in the TV Series 4K category. Everyone was already waiting, I was asked to download the Game of Thrones in 4K many times, and now you can download, and enjoy watching the movie in Ultra HD. The time of prosperity is drawing to a close, and summer, which lasted almost a decade, is dying out. Around the center of power of the Seven Kingdoms, the Iron Throne, a conspiracy is brewing, and during this difficult time, the king decides to seek support from his youth friend Eddard Stark. In a world where everyone - from the king to the mercenary - is eager for power, intrigues and is ready to stick a knife in the back, there is a place for nobility, compassion and love. Meanwhile, no one notices the awakening of darkness from legends far in the North - and only the Wall protects the living south of it. Game of Thrones Season 8 in 4K Ultra HD 2160p for download.

Game of Thrones Season 8 episode 1-6 in 4K Ultra HD
Season 8, Episode 1
14 Apr. 2019 Winterfell
Jon and Daenerys arrive in Winterfell and are met with skepticism. Sam learns about the fate of his family. Cersei gives Euron the reward he aims for. Theon follows his heart.

Season 8, Episode 2
21 Apr. 2019 A Knight of the Seven Kingdoms
Jaime faces judgment and Winterfell prepares for the battle to come.

Season 8, Episode 3
28 Apr. 2019 The Long Night
The Night King and his army have arrived at Winterfell and the great battle begins.

Season 8, Episode 4
5 May. 2019 The Last of the Starks
The Battle of Winterfell is over and a new chapter for Westeros begins.

Season 8, Episode 5
12 May. 2019 The Bells
Forces have arrived at King's Landing for the final battle.

Season 8, Episode 6
19 May. 2019 The Iron Throne
In the aftermath of the devastating attack on King's Landing, Daenerys must face the survivors.

4k movies reviews
April 17, 2011 the winter came. The HBO television channel brought it with her, risking to take on the seemingly overwhelming task of filming the best book series in the genre of epic fantasy. Almost four years of work of a huge number of talented people resulted in the ten-episode first season of Game of Thrones. At the time of writing this review, one episode of the series was released, but even after watching only it we can confidently say that something awaits us.

Do not think that the fantasy genre is something childish, akin to bedtime stories, “Game of Thrones” completely breaks this stereotype. There are no absolutely right, ideal heroes, just as there are no cartoon villains seeking to enslave the world for the very fact of enslavement. The heroes of the book and the series are similar to us, each of them has their own vices, weaknesses, desires, motives, skeletons in the closet and all this is woven into an incredible ball of passions, intrigue, treachery and betrayal in half with such seemingly antagonistic concepts as honor, duty, friendship, love. Such is the world of “Game of Thrones”, difficult from a habit, but insanely interesting and unpredictable when you get drawn into it.

As for the series, everything was shot very cool, and they did not expect anything else from HBO. Already from the first episode it is clear that this is not a low-budget work, which is enough, but a very serious work, both from the side of the scriptwriters, producers, directors and especially actors.

The series looks like a good film, and this is greatly facilitated by a good selection of actors for the main roles, the painstaking work of props and artists, who faced the difficult task of making the whole world convincing and believable. And they did it very well! Incredible attention even to small details, from the emblems of great houses to the dishes from which the heroes eat, is simply amazing. And of course, a well-thought-out plot, well-written characters' characters, thanks to the book source and George Martin for this. The result was a spectacle that has no analogues, which both the fans of the book series and those who have never heard of and who have little interest in the fantasy genre are able to appreciate. Believe me, something special awaits you! So take the children away from the screens and enjoy.