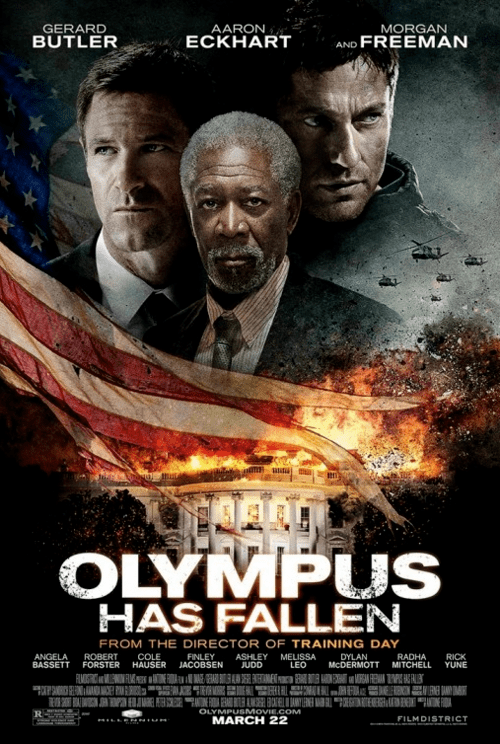 4k movies reviews
In 2013, two consecutive films about the seizure of the White House were released on the cinema screens, and when it became known that the Storm of the White House was coming out, it could be assumed that it was a fake for the Fall of Olympus from the studio Asylum, but only looking at the name of the director and the budget figure, one could immediately prepare for a spectacle even more steep than the 'Fall of Olympus', because Roland Emmerich will not remove the hack. The fact that his film received laurels, and 'The Fall of Olympus' - mostly kicks, is outrageous, since both films are very good each in their own way. I was too lazy to read the numerous angry reviews of The Fall of Olympus, because, without even reading it, I know what it says: 'a lot of blunders', 'solid special effects' and 'a lot of pathos'. Therefore, having watched the film and made my own opinion, I can recommend it to all lovers of vigorous militants with a simple and understandable meaning, who do not spit at the sight of explosions, do not pay attention to inconsistencies with real facts, and who do not hear words about the protection of civilians hitting their ears and political debate.

The first scene shows the tragedy in the life of the American president, when his motorcade has an accident on the bridge and his wife is killed. A year and a half passes, the president continues to remember his wife, living with his son, not suspecting that danger could again hang over his now incomplete family: unidentified combat aircraft appear in the air, which use the protective field against shots, continuing to head towards the White House, ignoring demands to leave the course, and the storming of the White House begins, the number of victims increases. The action with the capture of the White House continues for an extremely long time, and all these numerous skirmishes have time to get bored, but after that we will finally be told about the purpose of the capture and the identity of the invaders. The Koreans have encroached on the White House, wanting to end the civil war and unite North and South Korea. The US president is being held hostage, and the kidnappers are already looking for his little son as a source of pressure on the president. The former security guard of the presidential motorcade, who was fired after the incident shown at the very beginning of the film, is called to save the first person in the country, and this person knows how to first save the president's son, and then knock information about their bosses out of the criminals who got in the corridors. Meanwhile, terrorists force a three-part code from the captured government, by entering which, you can gain access to America's nuclear resources. We are waiting for not only cool action, which is not so much here, but also some interesting facts about the history of the White House and America's political relations with Korea.

As you can see, the film is not devoid of meaning, plot, or important characters, and the action here for the background is an action movie, after all, not a melodrama. Everyone's beloved Liam Neeson could have played the role of a fired security guard doing a dangerous mission - I even noticed that the actor who played this hero here is voiced either by the same person as Neeson in 'Hostage', or by a stunt double with a similar voice ... As for the later released 'Storming of the White House', this is a completely different story, not like 'The Fall of Olympus', that is, no one plagiarized anyone, both stories are unique. Maybe not a masterpiece, but certainly a solid American action movie.

Subtitles
English, German.
We now have