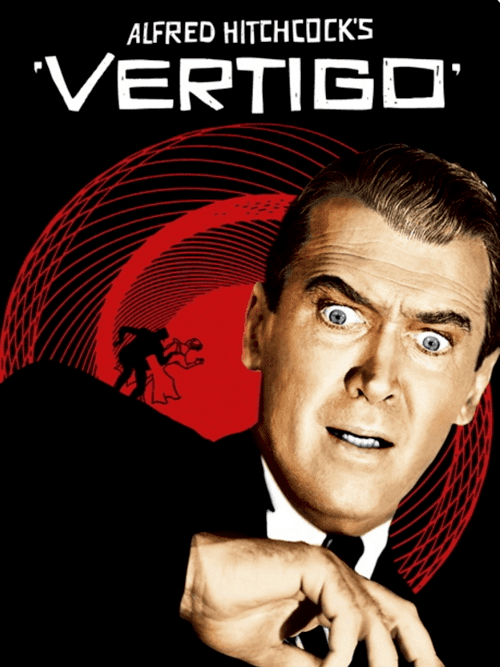 4k movies reviews
The classroom is dark, three dozen students are sitting at the desks, in the middle is a huge screen. The door opens, and the legendary profile with puffed cheeks and a hooked nose resembling a ruffled owl flashes in front of the screen. The topic of the lesson is the technique of building suspense in cinema, the title of the course is 'how to shoot psychological thrillers correctly'. At the desks of students, you can guess such students as Roman Polansky, Paul Verhoeven, Brian De Palm. Behind the walls of the classroom, the whole Hollywood lurked at the keyhole, wanting to eavesdrop and absorb the secrets of the magic of manipulating the viewer. And the Master has nothing to hide. Without uttering a word, he silently launches the movie projector, disturbing music sounds from the screen, and the painfully familiar “Vertigo” credits start running. See, learn ....

Hitchcock himself liked to say: "In order to make a great film, you need only three things: a script, a script, and again, a script." Placing the writer's merits to the absolute, the great director was cunning: with his talent and his own technique of suspense, he could turn any innocent scene of conversation or even cleaning shoes for the viewer into a pulsating lump of constant tension and anxiety. Hitchcock always made full use of all the means of artistic expression available in his arsenal: color, sound, music, camera angles, acting. The feelings of the audience during the viewing were for him a precise instrument, on which he played with the grace of a real organist.

So the scenario "Vertigo" is just a score, a set of notes at a concert, where the main pleasure for the listener lies precisely in the performance. A former police officer suffering from a panic fear of heights is approached by his old friend with an innocent request to keep an eye on his wife. Naturally, he soon falls in love with her, and so much that after her death he cannot get rid of the obsession. And once meeting a woman who outwardly resembles his beloved, she tries to make a copy of the one she lost and does not suspect what a surprise awaits him ...

Vertigo is an almost intimate story with a limited number of characters, where all the participants are constantly trying to manipulate each other. But Hitchcock's genuine interest was initially attracted only by one of them: a man who is trying to make a semblance of one woman from another, whom he has long loved. In psychology, this is called the term "replacement", when a person tries to extrapolate feelings to one object to a completely different one, deliberately emphasizing its external resemblance to the original.

In essence, Vertigo is a figurative metaphor for Freudian psychoanalysis. Having laid out all the story cards in front of the viewer 30 minutes before the finale, Hitchcock offers the viewer an unusual, but no less exciting game: instead of guessing scenario surprises, start solving puzzles from the psychology of your characters. A session of psychological striptease begins, where each subsequent action more and more reveals to the viewer the true human essence, all hidden thoughts and true motives of actions. Hitchcock is cold and merciless to his characters: in the end, each of them will receive exactly as much as they deserve.

But at the same time, it is also a very personal film, almost a confession and confession of the director. Over and over again, in different films, Hitchcock worked with different actresses, but in fact, all the time he sculpted the same eternal female type on the screen, the prototype of which in this film was Kim Novak. The desire to endow living beauty with the features of a dead or impossible ideal, which Hitchcock himself called "internal necrophilia" is the central theme of the film, in importance for the director, far exceeding its detective component. Like his own hero, Hitchcock created his own ideal of a woman out of a handyman, similar material, and revealing the hidden vuyeurism of his hero, the director thereby openly confessed his own. In the end, we are all accustomed and ready to internally give a certain person the features of an absolute ideal, which he simply cannot correspond to. And in all languages and world cultures, this self-deception is usually called love.

Hitchcock has always been a technical innovator who tried to make full use of any of the technical innovations available to him. He shot his first color film "Rope" in 1948, but in order to fully get used to and learn to use color not only as a palette and background, but also as one of the important means of expression, it took him 10 long years. In Vertigo, colors emphasize images, convey hidden subtext, play, manipulate the viewer no worse than music and sound. The green haze accompanying the heroine personifies some mysterious dreaminess. Blue personifies the madness of the hero, red - shock, shock from the experience, and at the same time - a feeling of guilt, invisibly associated with them.

In addition, to recreate the effect of vertigo from height, Hitchcock first used the technique of rapidly approaching the background, now called "zoom" and is used everywhere, both with and without need. Now it sounds a little funny, but Hitchcock has been thinking about this technique for more than 15 years, planning to use it in Rebecca, and the stage on the bell tower, thanks to the use of a zoom lens, cost the producers 19 thousand dollars.

"Dizziness" is a very measured, meditative film, quite unlike other works of the master. The main thing in it is not the plot, not the suspense, and not even the impeccable acting of the actors (although Hitchcock himself was not happy with it, and never filmed them again), but the impeccably built atmosphere of true love, which is always a true obsession.

The tape stops and the lights come on in the classroom. Pupils go home for creative reflection that will not keep you waiting. Some time later, the excellent students will put on the Master's table their excellent compositions "Disgust", "The Tenant", "On the Verge of Madness", "Basic Instinct" ... For other graduates, the film about obsession will turn into a personal obsession, and in each of their own work , they will again and again pull these Hitchcock colors, stairs, shadows onto the screen, however, without achieving the desired effect. Indeed, despite this obvious lesson, the main of the secrets of mastery, the Teacher took with him to the grave: in order to shoot like Alfred Hitchcock, you just need to be born Alfred Hitchcock.