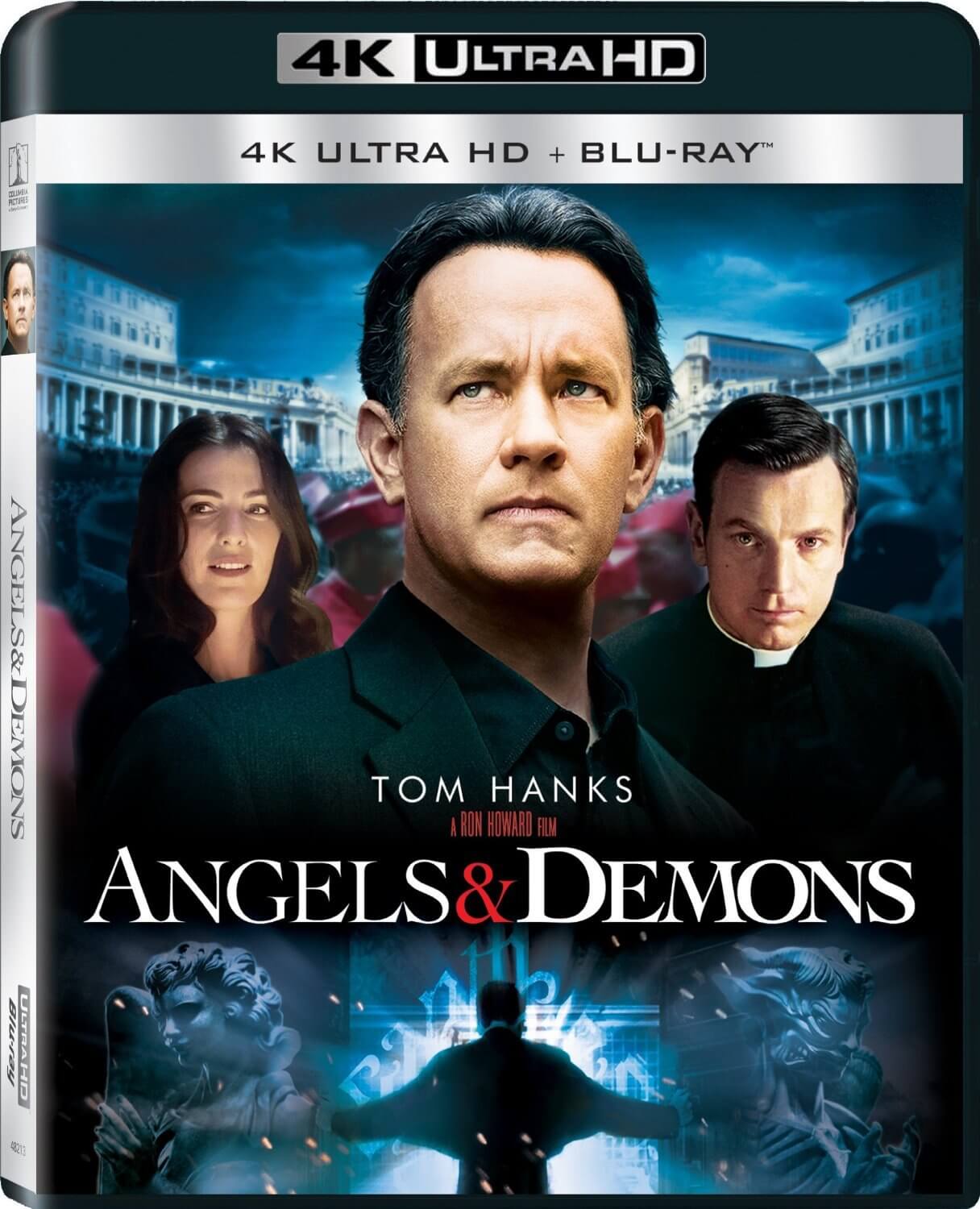 USA, Italy Movies / Thrillers 4K
Producer: Ron Howard
Cast:Tom Hanks, Ewan McGregor, Ayelet Zurer, Stellan Skarsgrd, Pierfrancesco Favino, Nikolaj Lie Kaas, Armin Mueller-Stahl, Thure Lindhardt, David Pasquesi, Cosimo Fusco, Victor Alfieri, Franklin Amobi, Curt Lowens, Bob Yerkes, Marc Fiorini...
IMDB 6.7
File Size 54.04 GB
Film description
Taken from IMDB.COM
The whole world froze in anticipation of the accomplishment of the most ancient ceremony - the choice of the head of the Catholic Church of the Pope, but a decisive decision is intervened by a certain powerful force - the arch-enemy of the Catholic Church - the mysterious Order of the Illuminati! Angels & Demons candidates for the holy fast are subjected to ferocious ritual punishment one by one. In the face of a deadly threat, the Vatican is forced to turn to Professor Robert Langdon, an expert on religious symbolism, who finds evidence of a revival of a powerful secret brotherhood brutally massacred during the Middle Ages.

Together with his partner - the talented scientist Vittoria Vetra - Langdon begins his own investigation, dragging them into the labyrinths of walled-up crypts, secret dungeons and abandoned temples - into the most intimate vault in the world. The mystical path of symbols leads scientists to an incredible truth, which gives the Vatican the only hope of salvation. But in a frenzied desire to get even and show their superiority the Illuminati will not stop at nothing! It's time for humanity to find out the truth!

Angels & Demons 2009 Review
"They came to avenge"
I do not like to talk about the film as a film adaptation, because I think it's hard to compare polar different genres - cinema and literature. I understand perfectly well that it's impossible to put the plot of the entire book of Dan Brown "Angels and Demons" in a couple of hours of screen time. I very rarely say the words "but the book is better", and I will not pronounce them even now. But when I watched the movie, I was constantly scraped by various inconsistencies with the novel, or even distorted plot lines, however, the ending did not particularly affect. It's hard for me to judge the intrigue in this film and the unexpectedness of the ending, when I already know from the book how this will end. Therefore, I will not mention the plot, and I will simply say what I liked about the film.

Very, very beautiful views of Rome and the Vatican. Architecture, sculpture, painting of temples, streets, fountains and squares. Immediately wanted to go to Italy, to visit those places where these heroes were exposed during the race for the mysterious illuminants. Excellent camera work, interesting perspectives - watching such a movie is a real pleasure.

The atmosphere in the film becomes more intense as the end approaches, as if heated. You seem to hear the thoughts of the characters - faster, faster, you have to catch, otherwise .. Even knowing the plot, I watched with some excitement the heroes' progress to the solution - thanks to the film's atmosphere. Undoubted plus.

As for the actors .. I remember Ewan McGregor, playing the camerlegno, his play was, in my humble opinion, the most expressive and convincing. Tom Hanks .. of course, he played professionally, but not impressed, not hooked. Maybe because Langdon's personal qualities were not completely revealed.

Special effects, music - at the height and perfectly fit into the action of the film.

"Angels and demons" - an interesting detective thriller, very high quality and beautifully shot. I like such mystery films. I'll put