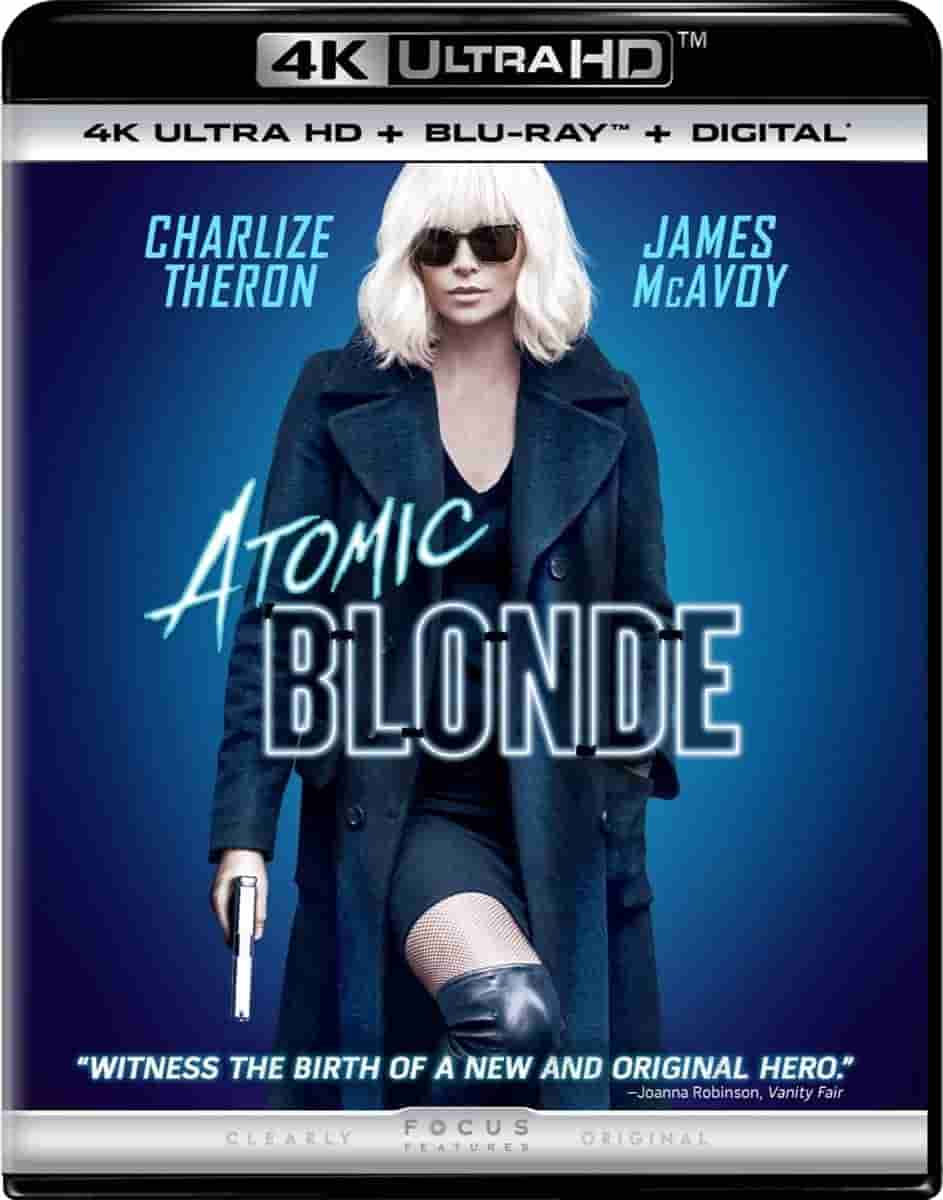 User Review
Atomic Blonde Review
2014’s “John Wick” was a dream come true for action movie fans who wanted something more than edits to define big screen mayhem. It was helmed by two people, Chad Stahelski and David Leitch, and they did an incredible job turning what should’ve been a forgettable bottom shelf title into a powerhouse of bodily harm and chilly temperaments, sold with color, style, and sound. Stahelski remained with the brand name for last February’s “John Wick: Chapter 2,” making an equally enthralling sequel that managed to do something interesting with the raw materials delivered in the first feature. Leitch veers off into a slightly different direction with “Atomic Blonde,” which is cut from the same cloth as “John Wick,” using furious brutality and stunning visuals to bring another genre battle royal to life, this time concentrating on Cold War paranoia, German locations, and star Charlize Theron, who’s committed in full to the controlled chaos Leitch masterminds with palpable glee.

It’s 1989, and Russian spy Bakhtin (Johannes Haukur Johannesson) has stolen a special watch from MI6 spy Gasciogne (Sam Hargrave) that contains the true identities of secret agents all over the globe. Called in to retrieve the watch is Lorraine (Charlize Theron), another MI6 agent who was in a secret relationship with Gasciogne, seeking revenge for his murder. Sent to Germany during the final days of the Berlin Wall, Lorraine is paired with Percival (James McAvoy), an undercover spy who’s been working inside the shifting city for far too long. Careful with her mission, Lorraine is immediately identified by her enemies, forced to defend herself against teams of assassins as more players search for the missing watch. Trusting in Percival’s leadership, and seducing young spy Delphine (Sofia Boutella), Lorraine fights her way to answers, trying to remain one step ahead of the Russians and Germans, also working to help Stasi officer Spyglass (Eddie Marsan), who’s memorized the contents of the watch to help secure safe passage to the West for his family.

“Atomic Blonde” doesn’t take off like a bullet train. It’s a measured, dissected offering of storytelling from screenwriter Kurt Johnstad, who’s adapting the graphic novel, “The Coldest City.” The picture unfolds inside an interrogation room, where Lorraine, beaten within an inch of her life, is forced to recall the details of her Berlin visit with MI6 superior Gray (Tony Jones) and CIA bear Kurzfeld (John Goodman). There are ten days of spying to explore, but the action starts off relatively quickly, with Lorraine threatened right at the airport, triggering a close quarters brawl inside a car, where the visitor attacks with her high heel shoe and willingness to drive into walls to take out her potential captors. And this is only the beginning of an eventful week for the character, who soon connects with Percival, a slightly demented spy who’s been buried in the folds of Berlin for too long, finding their pairing professional but also slightly adversarial, with the hometown boy defending his underworld realm while trying to crack the code of the secret watch.

Action is a major component of “Atomic Blonde,” with Leitch overseeing intricate choreography that often pits Lorraine against multiple baddies, forced to use weapons and found objects to survive. It’ a smashmouth movie, filled with snapped limbs, sliced skin, and bullet holes, and Theron is game for most of it, leading the charge during several bravura shots that play out in extended takes (edits are carefully hidden), with Leitch one of the few directors working today who’s comfortable with viewers actually seeing what’s happening between opponents, following the beatings as they flop around apartments, spill into stairwells, and conclude in the streets. Helping the cause is cinematography by Jonathan Sela, which bathes the feature in cool wintry atmosphere and blazing neon, giving the endeavor a commanding sense of style.

The soundtrack also plays an important role in the picture, almost qualifying “Atomic Blonde” as a jukebox musical as pop hits from the 1980s frequently support the spy game, lifting it off the ground with greater urgency than a traditional score. The music also preserves the graphic novel tone of the film, thinning out the severity of Cold War intimidation, allowing the effort to be downright fun at times.

As savage as it is, “Atomic Blonde” has a strange pace. The feature feels throttled by its structure, speeding up with frenzied encounters and slowing down with debriefing and Berlin exploration scenes. There’s no sense of snowballing action to the picture, which disappoints to a degree. The story is also a bit too concerned with spy activity, periodically lost to a flurry of last names and motivations (Delphine’s participation in the plot is iffy at best, only offering a heated love scene, not dramatic influence), working toward turns of plot that might be easily telegraphed by most viewers. The film struggles with sustained energy and overlength, but it’s never in danger of crumbling. “Atomic Blonde” preserves its core authority, transforming Theron into a “John Wick”-ian force of nature that could kickstart a franchise for the actress, who’s ideally suited for a series of ruthless spy adventures, preferably backed with synth-shellacked hits from the 1980s and armed with two clenched fists.