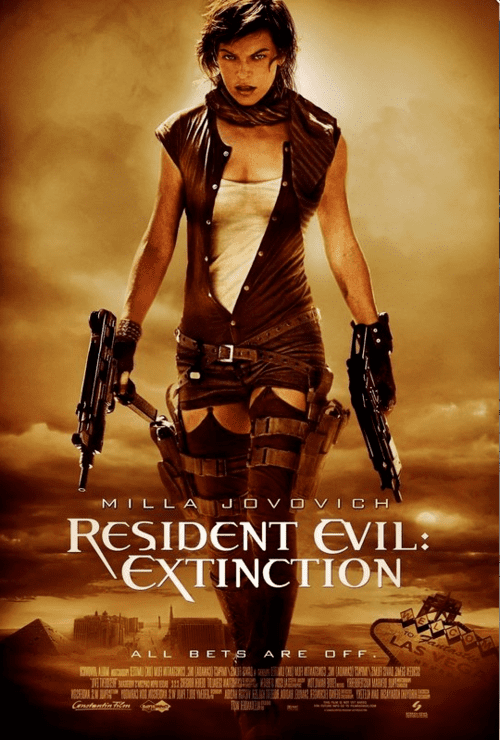 4k movies reviews
The film left a pleasant impression. The music especially pleases, it is very well chosen. The tricks are beautifully staged. Milla saves everyone in her repertoire. In general, the film is good, not inferior to the previous parts.

Perhaps I didn’t like two things: 1) The fact that the name Claire Redfield was practically not needed in the film, and even more so very badly presented, it seems that the creators remembered the name of the heroine from the game and just decided to give their character the same name. 2) It's a pity Carlos, we could have left him alive, BUT I really liked how he left, pulling the ball. 3) They completely crossed out Jill, which was the second part, which they did not like I do not understand. They could have just put Valentine instead of Claire Redfield. 4) I didn't like the plot with Ulij, the fact that he was so close at all.

I noticed that the fate of Dr. Aizik was partially repeated from the game Resident Evil 2. Only in the game, the doctor introduced a virus due to the fact that they wanted to take away his development, and in the film it was somewhat different. Further, when he has already mutated and turned into the so-called Tyrant (see roles), he is exactly like the Nemesis of the second stage of mutation from Resident Evil 3. Even the pants are the same black, only the face has been changed, as well as the same Nemesis. Well, in general, they did well anyway.

I liked the ending, now Alice's army will clear the land of all the undead. This is a fitting conclusion to the Resident Evil trilogy. And it seems to me that the continuation should not be done.