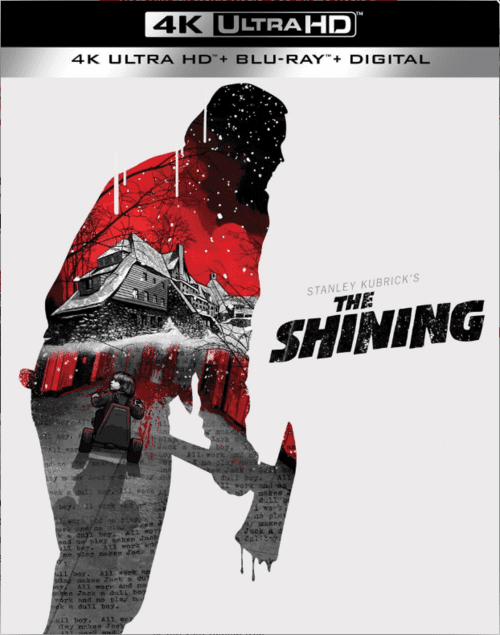 4k movies reviews
I had many reasons to watch this movie: firstly, it became a horror classic for a long time, secondly it was shot by Stanley Kubrick, thirdly, I almost did not see films with young Jack Nicholson, well, what he shot on the product Stephen King is an additional plus, though I have not read the book Shine. In general, it was my long-standing wish and I realized it.

It was with great surprise that I read that the movie was badly received when it came on the screens. It has to be a case of some unknown divergence with the book and the displeasure of Stephen King. I will definitely read the book. In the meantime, what I saw, I extremely liked ..

Remembering this movie, words come to mind: gloomy, intense, scary, beautiful and grand. The story of a family who came to the hotel for the winter in the midst of a snowy silence is borrowed from a book, but few would be able to so masterfully embody it on screen.

Magnificent winter landscapes, a huge hotel with every passing moment of tension and a family of three around which the clouds thicken.

About the atmosphere, to be honest, ants were running all the way. To imagine yourself in their place, just to imagine that there is no one else in this huge rumbling hotel… Or is there? Here is the whole horror ...

And the soundtrack is able to drill a brain drain while watching. But at the expense of this and such a pressing effect is achieved.

It is surprising the high level at which the film was shot, you just forget what year it was released. Later, after reading how the film was made, and with how meticulous Kubrick worked each scene, you are no longer surprised.

Jack Nicholson was just created for such global madness. He plays in such a way that there are great doubts about his normalcy. Someone he likes, someone else does not, nevertheless he is an outstanding actor.

From the boy who played the role of Danny, too, it became clearly not in itself. I am always amazed by these childish roles - do all these little actors normally sleep then? But to the film, all of this went clearly in favor.

The strange choice of an actress for the role of Jack's wife, is very unattractive, but apparently the director saw the wife of the protagonist just like this: a gray, quiet, stuffed woman, almost completely subordinate to her husband.

Again, this is a classic of the genre, and the film, I think, does not need my assessment.