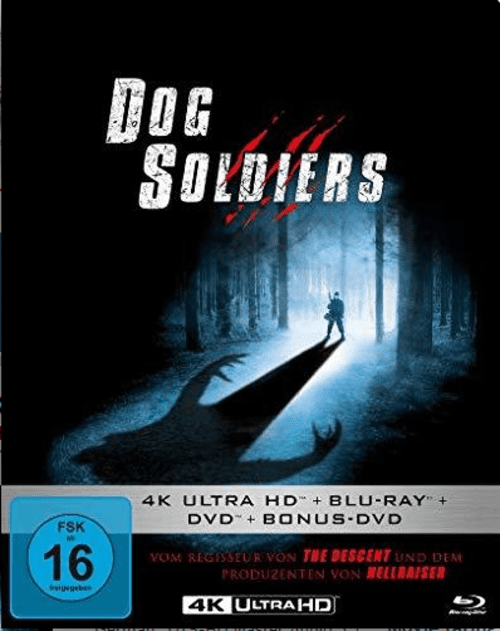 4k movies reviews
Here and now, horror films are experiencing an era of sharp decline and the only ones who are still able to scare, or at least interest the viewer, are ghosts. At the same time, as vampires, werewolves and other zombies, no longer cause the reaction that they caused in the films of the past. And here the point is not that the viewer was fed up with similar pictures. Good movies get fed up impossible, provided that they are good. Here the fact is that the creators of such works make no special effort. More blood. Get plenty of severed limbs. Get plenty of screaming teenagers and voila - the dish is ready. Eat, do not oblyapatsya, dear viewer. That is why such films as, say, “Operation: Dead Snow” or “Cabin in the Forest” are perceived as a breath of fresh air. And today we will talk about a good film about our smaller brothers. About werewolves. You heard right. A good film about people that every full moon is covered with wool, run after its tail and howl at the moon. It happens the same. So, this is the Dogs of War. Oh yes, the name is more than strange. The essence of the film conveys, but as a lure it works extremely poorly.

A group of military men, in the amount of six man-men, are sent to the teachings ... Mmm, at the beginning of the film a place was named, but I safely forgot it, and does it matter? Some kind of forest there, in the center of nowhere. The world is full of such places. More importantly, the glorious heroes do not meet the enemy in the face of people with guns firing at idle, and stumble upon a whole pack of anthropomorphic wolves. Skinny, like the victims of Auschwitz, but very evil and tenacious. Along the way, our brave guys meet the commander of the special forces, who looked as if they missed him through a meat grinder, but he was alive and also a beautiful maiden in a hat with earflaps that saves the brave warriors and takes them to a safe house, again in the center nowhere. Werewolves, having tasted blood and feeling fear are being sent next.

Actually, this is the plot. Of course, towards the end of the picture, some characters, in particular the rugged special forces commander, will strike a frank conversation, which will somewhat shift the accents and clarify some points that the viewer has already guessed, but on the whole, yes, the plot is very simple and rather beaten up. The only difference is that there will be no squealing adolescents. Heroes of the paintings are professionals and they will not be exchanged for empty talk or showdown. Even the phrases they exchange are short and sharp. At the same time, the actors manage to convey the character of their heroes. Not so much that we love them in absentia, but just to see - we have real people, and not a bunch of extras.

Another thing - the location itself. A small two-story house that is being attacked by supernatural beings. And if the same aliens and zombies could be pounded on the head, which made the latter calm for a while and let the heroes sort things out, then this trick would not work with werewolves. After all, they are invulnerable. Well, what they do ordinary bullets? Never mind. That climbs lycanthropes under the bullets without fear. Yes, I agree. The atmosphere is not pumped up, but you still look at what is happening with all your eyes, because despite the more than modest budget, the action-scenes were delivered extremely well by the quality and the operator who did not even have a tripod, even though the camera periodically shakes, it manages to choose the most good angles and nothing to miss. That would always be so.

Mmmm? Yes, you heard right. The budget was more than modest, but everything was filed in such a way that you do not notice. Either the creators of the picture are playing with lighting, so that it doesn’t catch the eye that the severed parts of the body look too fake, or the actors acted as a distraction. Only one attempt to alleviate the sergeant's sufferings, gluing his wounds with glue was worth something. Yes, it sounds awful. Looks, thanks to the wonderful acting, it is no less repulsive, which is why you simply believe in what is happening. Moreover, as an element of distraction, the creators use a secret weapon - the dog. A sweet dog, who doesn’t have much screen time and is not particularly smart, but looking into his piercing and sad eyes, somehow you don’t pay attention that in-oh-he from that guy is gushing blood with decaliters. The main thing is that the dog survived. Tricky move. But it works the same.

There is also humor in the film, mostly black. Someone will say that you need to look at the Goblin in order to feel the spirit of the motion picture, but as for me, the operative translator is not really needed here. There are films that can not do without it, such as "Full Metal Jacket" or "Big Jackpot", but in this particular case, the translators did a good job with their work and were able to adapt the soldier's humor without overplaying the stick.

Disadvantages? If you search well, you can find them in any movie. This one is no exception. Toward the end of the picture, the logic of lying in gambles, takes in one hand a volume of Paulo Coelho, in the other hand a glass with lemonade and gives way to his good friend - entertainment. And the latter tries to throw up scenes over and over again, a couple of which can claim to be original, but this does not make them look less illogical. However, if you lie back in a chair and just enjoy what is happening on the screen, then there should be no questions, and by that time this is exactly what happens, since the film manages to pull the viewer into their networks.

Total? A good horror story, which keeps up with the times and takes not so much the inflation of the atmosphere, as a drive. At the same time, the film uses all the standard clich?s from various horror stories and some uses it in the usual manner, while others alter it in accordance with the characters of the story’s characters. All the guns of Stanislavsky, which were hung in this film will shoot in the allotted time. And therefore, I can confidently recommend this film to all those who are not indifferent to all sorts of horror stories.